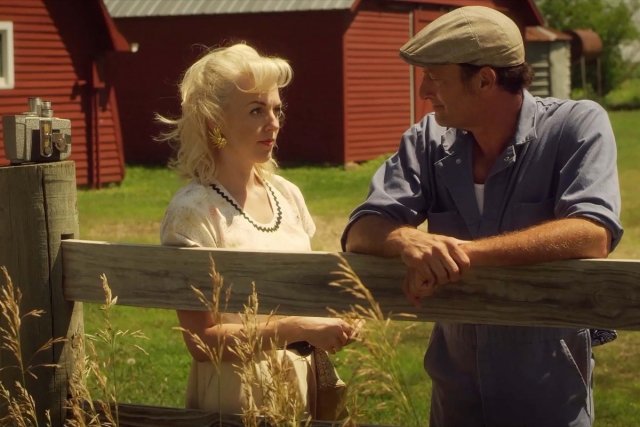 Above: Trailer for ‘Wild Prairie Rose.’

Last month, Deborah Lavine, head of the Film Directing program at CalArts, screened her new feature film Wild Prairie Rose at the at the Laemmle Music Hall Theater in Beverly Hills as part of the La Femme International Film Festival. After participating in several other festivals, including the Heartland Film Festival in Indianapolis, Wild Prairie Rose will play at the Tivoli Theatre on Sunday (Nov. 13) as part of the St. Louis International Film Festival: Cinema St. Louis.

According to the film’s website, Wild Prairie Rose “is an examination of the changing roles of women in 1950s America and offers revealing insight into the ways that people with great differences can learn to communicate.” Set in rural South Dakota in 1952, we are introduced to city girl Rose Miller who has returned home to care for her ailing mother. Hoping to raise her mother’s spirits and bring a little entertainment to the isolated farming community of Beresford, Rose sets out to direct her own movie musical with a group of local actors and a makeshift film crew, while falling in love with her cameraman James along the way.

The relationship between Rose and James is a unique romance for the big screen, as James, and the actor who plays him, is deaf. In the Director’s statement, Lavine writes:

The film’s leading actor, Troy Kotsur, was happy to play a role written in his first language, American Sign Language (ASL), but he also wanted to be a part of a story that demonstrated how, with effort, all people can communicate no matter how difficult language, cultural or emotional barriers might be between individuals.

Lavine continues that the film, which is as much a love story as it is a love letter to the rustic beauty of South Dakota, is intended to “express hope and capture the warmth and kinship we discovered working in Beresford.”