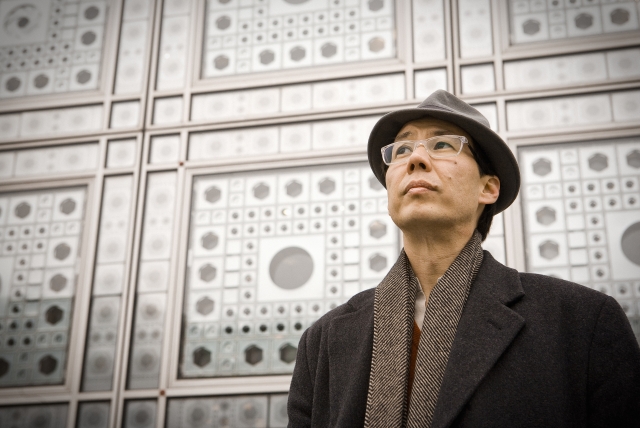 The Herb Alpert School of Music at CalArts faculty Eyvind Kang is an internationally acclaimed composer, performer and recording artist whose musical instrument of choice is the viola. Kang’s compositions and often collaborative performances continually push the boundaries of music in new and interesting ways. The New York Times has described him as a “musical polymath” and “otherworldly.” Kang’s inquiring musical perspective attracts students and audiences alike. One of the graduate composition courses taught by Kang, “Arranging Experimental Pop,” investigates the possibilities of experimental pop arrangers in the post-genre era. The contemporary music style combines experimental and world ideologies with the ready-made technologies and instruments of mass distributed, commercial music.

Kang will be performing at the Roy and Edna Disney/CalArts Theater (REDCAT) in Los Angeles, on Friday, Nov. 18 at 8:30 pm. The concert marks the musician’s first Los Angeles show since relocating to the city from Seattle to join CalArts. Kang has released many acclaimed albums on labels such as Tzadik, Ipecac, Abduction and Ideologic Organ, as well as worked on hundreds of recordings as an instrumentalist and arranger.

Joining him in concert this Friday is Grammy nominated jazz guitarist, Bill Frisell. The two renowned musicians have been working together for quite some time in a varying array of musical genres. Kang is featured on Frisell’s 1996 album, Quartet. They also played together in Frisell’s trio, Beautiful Dreamers, in Poland in 2014.

A number of their solo albums are available on Spotify, as well as the track, “Morning in Hyattsville,”  by Rahim AlHaj, featuring Kang and Frisell.