On Nov. 10, the CalArts School of Film/Video presented a screening of the animated film The Little Prince, directed by alumnus Mark Osborne (Film/Video BFA 92).

The film is adapted from Antoine de Saint-Exupéry’s beloved children’s book of the same name. The Little Prince tells the story of an aviator stranded in the Sahara Desert who meets a little boy he calls “the little prince.” The aviator soon discovers that the Little Prince is a traveler from B-612, an asteroid no bigger than a house which boast one active volcano and two dormant ones, baobabs that the Little Prince must constantly weed so they don’t overrun the planet, and a rose that he loves above all else.

After the film screening, Osborne talked about the the making of the film. In order to protect the book, Osborne reimagined it, rather than translating it literally from book to film.

The Little Prince means a lot to the director. He first read it in college when it was given to him as a present by his wife, with whom he was in a long distance relationship with. In his talk, he shared that while in the process of making the movie, he found a letter that his then-girlfriend wrote him before he enrolled at CalArts. In it, she had quoted the book, even before he himself had the chance to read it. He has been reading the book to his children since they were little, and the protagonist in his movie adaptation is based on his daughter. The character of the Little Prince is voiced by his son, Riley. 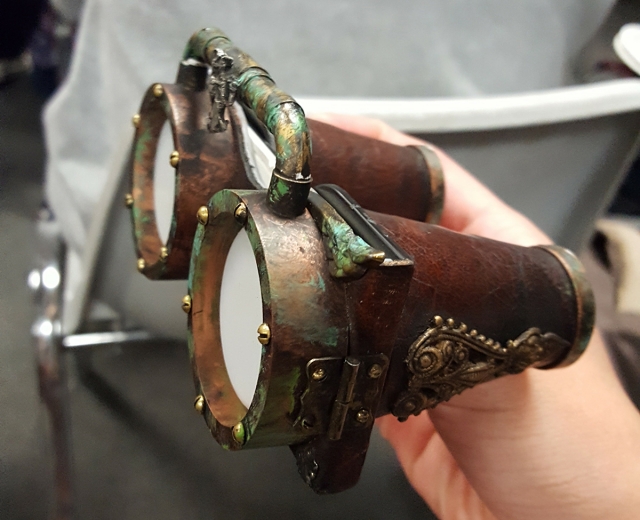 During his presentation, Osborne passed around handmade paper ‘aviator telescopes,’ which held illustrations from ‘The Little Prince.’ | Photo: Soleil David

“I was scared that the book would stretch and break, because there’s no way that it could be a big movie,” he said. “But I kept thinking about it, and because I wanted to protect the book, I decided that I had to get involved.”

In the film adaptation, the aviator is an eccentric old man, living in an eccentric house in a dizzyingly monochromatic, cookie-cutter suburban neighborhood. His new neighbor is a precocious little girl whose life plan is to get into the prestigious Werth Academy, and spends every waking moment adhering to a strict study schedule. She meets the aviator, who introduces her to the story of the Little Prince for the first time. All of this is illustrated in a mixture of two animation styles—CG animation for the frame story and stop motion animation for the book itself, with a papery quality matching Saint-Exupéry’s illustrations.

In his talk, Osborne mentioned that he wanted to create a strong female protagonist for the movie for his daughter, and also because he had noticed that there are too few female protagonists in animation. He is also influenced by the legendary Japanese animator Hayao Miyazaki, whose body of work features numerous strong female leads. Osborne has been invited to the Geena Davis Institute on Gender in Media, where he hopes to be part of the mission to improve gender balance, reduce stereotyping and create diverse female characters in entertainment targeting children 11 and under.

When asked for advice for young animators, Osborne offered:

Osborne is set to bring another beloved work to life on the big screen, having recently signed on to adapt Bone, the Eisner-winning comic series from Jeff Smith.

The Little Prince is streaming on Netflix.

Above: Trailer for ‘The Little Prince.’