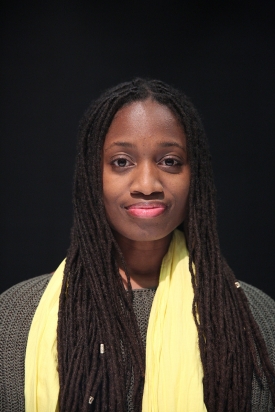 The American Playwriting Foundation recently announced that playwright and CalArts alumna Aleshea Harris (Theater MFA 14) is the recipient of this year’s Relentless Award, established last year in honor of the late actor Philip Seymour Hoffman. Harris’ play Is God Is was selected among over 2,000 entries.

Is God Is is a tale of revenge about twin sisters who, at their mother’s request, travel from the South to California in search of their father in order to kill him. “This epic takes its cues from the ancient, the modern, the tragic, the spaghetti Western, hip-hop and Afropunk,” says the play’s website. “Is God Is explores deviant morality, patricide, familial dysfunction and the perilous landscape of orphaned black girl/womanhood.”

“There’s absolutely a fearlessness in the writing. The way that the writer approaches extreme violence, race, love and this relationship between two siblings is really unique,” says screenwriter and playwright David Bar Katz in an interview with The New York Times. Katz established the award after winning a lawsuit against The National Enquirer, which published a false story about Hoffman and Katz in 2014.

Harris receives $45,000, a weeklong stay at a retreat and the opportunity to put on staged readings at regional theaters across the country. The two finalists for the award were The Treasurer by Max Posner and Recent Alien Conspiracies by Jorge Ignacio Cortiñas.