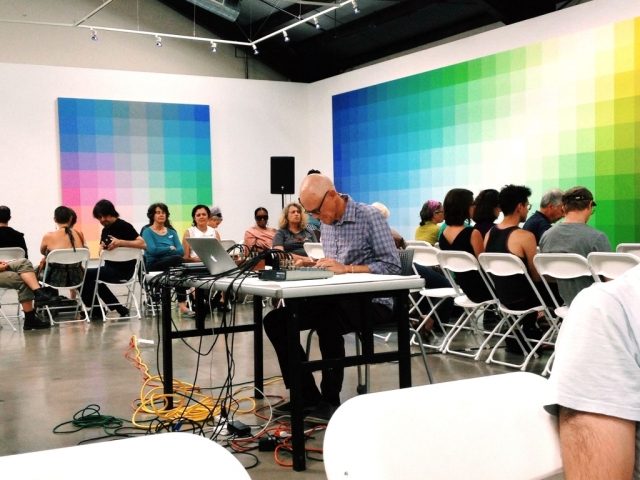 It’s been nearly one year since longtime CalArts faculty member Mark Trayle passed away. Trayle, a sound artist and composer had served as Co-Chair to the Herb Alpert School of Music at CalArts’ Composition Program, and was integral in the development of the Experimental Sound Practices Program.

To celebrate his musical legacy and contributions to CalArts, the Roy and Edna Disney/CalArts Theater (REDCAT) will present an evening of his music on Saturday (Dec. 3) performed by the Hub and Bitpanic, two electronic music collectives comprised of Trayle’s friends and colleagues and former students, respectively.

In a letter to the CalArts community at the time of his passing, David Rosenboom, Dean of the Herb Alpert School of Music, wrote that Trayle was devoted to his students, and had the ability to lead “each emerging artist carefully through complex labyrinths of circuitry, software and musical forms, while always insuring they stay mindful of the artistic motivations that had drawn them to their journeys in the first place.”

In addition to his work as an educator, Rosenboom says Tayle was “famous for his use of electronic drawing tablets as sound controllers and for his pieces that were made from data stored on credit cards. [He was] characteristically sensitive, engaging and sonically enlightening.”

The Music of Mark Trayle