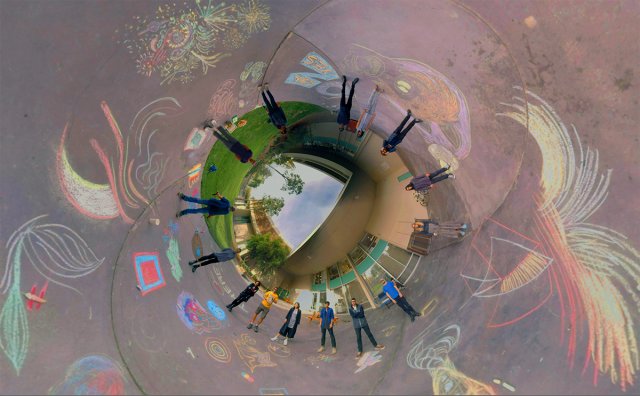 The event is a culmination of the class’s semester-long exploration of stereoscopy, a technique for creating the illusion of depth in an image using multiple methods, including placing offset images separately to the left and right eye of the viewer.