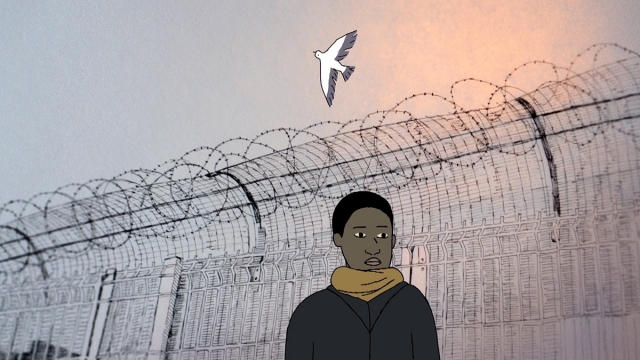 Late Night Work Club is a loose, rotating collective of indie animators. That is, animators who do independent, non-commercial work. It’s an excuse to bring a whole bunch of us together and make something great, and also to promote the work of the artists involved. Some of the best, most personal, experimental and vital animation going right now is happening on the internet. It’s being made late at night when other people have gone to sleep and on weekends when everyone else is out. It’s being made by students, freelancers, full-timers and folks with unrelated day jobs.

Lepore, Bonds and Buckelew will be present at Friday’s screening for a Q&A, as well as an additional screening of Ship of Fools by Josh Shaffner (Film/Video MFA 15).

Above: The entirety of ‘Strangers.’