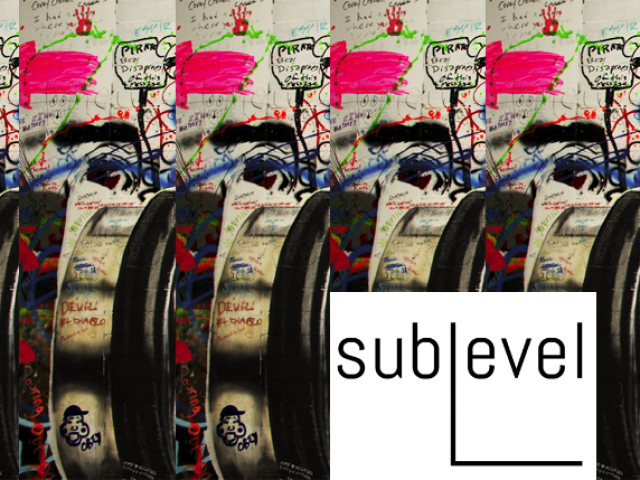 Up until very recently when “sublevel” is mentioned at CalArts, a basement with graffiti covered walls is the referent. The newest CalArts’ entity named Sublevel, created by MacArthur Award winner, Maggie Nelson, and Executive Editor of Entropy Janice Lee is a professionally curated online literary magazine comprised of a diverse body of work in varying genres.

“Sublevel” says Maggie Nelson (CalArts’ Creative Writing Faculty), “fills a certain void in the literary world, along the lines of the same void our MFA program fills—we treat writing as an art among the other arts, and we are concerned with both aesthetics and politics. Our magazine will reflect this orientation.”

Housed in CalArts’ Creative Writing Program, Sublevel will have a select group of students working on the magazine’s production, but it is not a student-run publication, nor does the magazine publish current students’ work.

The magazine will have an annual print component and the first online issue will be released in February 2017. The first issue of the magazine will explore the theme, “contagion” and the word’s wide range of conceptual interpretations. As outlined on Sublevel’s website:

Contagion is most commonly associated with the spread of disease, poison, corruption, harmful practices or ideas, but its Latin root – con- (together) with + tangere (touch) – opens the term in a slightly different direction: co-touching, touching together. Thus: emotional contagion, behavioral contagion, financial contagion, sacred contagion, hysterical contagion, “contagion theory” (the hypnotic effects of crowds), contagion of ideas, contagion of identity.

The initial anticipation for the magazine comes from the editors’ vision to expand our understanding of and exposure to literature, art and activism created in Los Angeles as well as other communities around the globe. Sublevel is a welcome addition to the world at large, and on a microcosmic level, a new and compelling definition for CalArts’ lexicon.