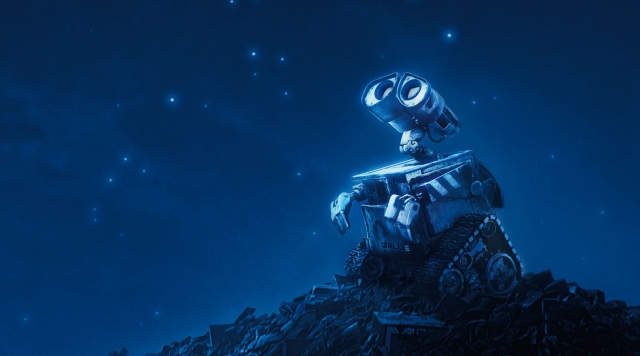 Above: Trailer for ‘WALL-E.’

BBC Culture released a list of 100 greatest films since 2000, surveying 177 film critics from all over the world. The list, which includes luminaries such as Wong Kar-Wai, Hayao Miyazaki, Claire Denis, Wes Anderson and Steve McQueen, also includes a number of CalArtians.

Film-making today, whether massively expensive or made with tiny budgets, shot on celluloid or video, is thriving artistically as much as it ever has. But today you’ll find greater diversity in the kinds of films being made, if not in the people who are making them… Last year, we asked critics to name the greatest American films of all time, and we were surprised that only six films made since 2000 made the top 100. Is there a feeling that time sanctifies a classic? Perhaps. But this time, we wanted to prove that this century has given us films that will stand the test of time, that you will continue to think about and argue about if only you give them a chance and watch them.

We believe that the new classics on this list are destined to become old classics… one thing is certain: cinema isn’t dying, it’s evolving.

Sofia Coppola, who briefly attended CalArts in the mid-90s, takes the 22nd spot on the list with her film Lost in Translation (2003).

David Lynch’s Mulholland Drive takes the number one spot for the greatest film in the past century. A separate writeup singles out a particular scene to explain the mastery of the film. CalArts alumnus Richard Green (Theater BFA 77) figures prominently in this scene as The Magician.

It’s the small self-contained moments that linger longest in the memory, and which give the film a mosaic-like texture. The greatest is the famous Club Silencio scene, a truly unforgettable stretch of film. It is both a sumptuous sensory experience and a self-reflexive exercise, lifting up the bonnet of the film so we can inspect the moving bits and pieces inside…

Encouraging audiences to participate in that analysis – that dissection – is an exercise that attracts critics like moths to the light. There is something endlessly fascinating about a film that prioritises questions over answers, stretching our expectations of what cinema can achieve while scene by scene also providing a richly fulfilling experience.