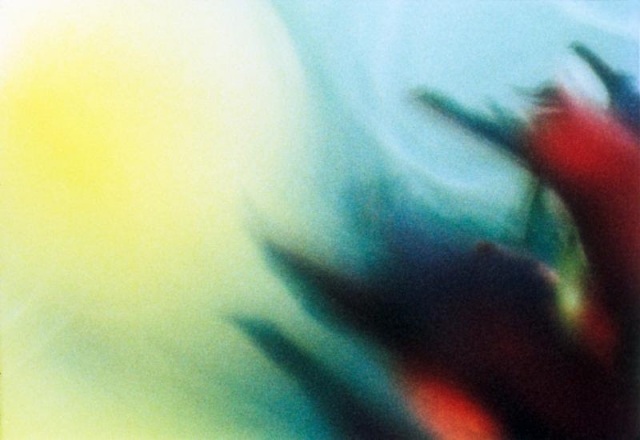 Still from Betzy Bromberg’s ‘Glide of Transparency.’ | Image courtesy of the filmmaker.

Four of the films, which were selected for their “beauty and astonishment; social and political acuity; the growth and development of significant individual careers; and the exploration of new potentials within the medium,” are by CalArts filmmakers.

Of Laida Lertxundi’s (Film/Video MFA 07) 025 Sunset Red, Sicinski says, “Can autobiography be intersectional? Lertxundi’s newest work begins from the self and works outward, examining the vagaries of personal history with the scrutiny one might bring to any other text.”

Cronk includes Manuela De Laborde’s (Film/Video MFA 16) “breakthrough work” As Without, So Within. “From a purely formal perspective, the film is a subtle, beautiful example of the transformative properties of light and space, object and camera; adjust to its wavelength, and it has the power to turn material reality into something strangely exotic,” he writes.

CalArts faculty Betzy Bromberg’s Glide of Transparency is characterized as a “meditation on the texture and tactility of the natural world.” Cronk continues, “Bromberg’s compositions blossom in an air of suspended reality, caught halfway between a lucid dream and a utopian vision of everyday life that exists just outside the realm of consciousness.”

Sicinski calls Joshua Gen Solondz’ (Film/Video MFA 16) Luna e Santur “one of the year’s most rapturously beautiful films, and also one of the most confounding.”