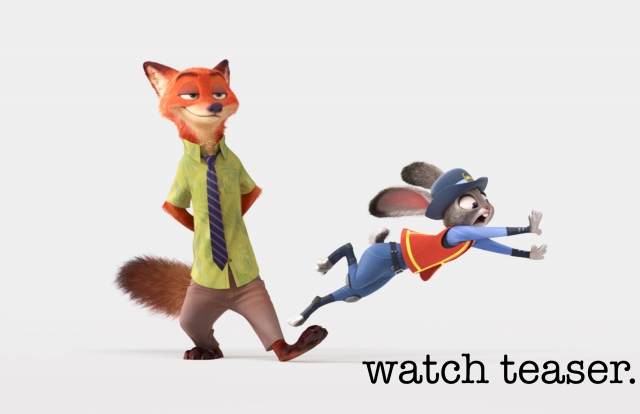 Above: Teaser trailer for ‘Zootopia.’

This morning (Jan. 24), the Academy of Motion Picture Arts and Sciences announced the nominees for the 89th Academy Awards, honoring excellence in American cinematic achievements. Among the list of nominees are two films by CalArtians.

In the running for the same award is John Musker’s (Film/Video 77) Moana, which follows a teenager who crosses oceans on a quest to save her people with the help of the demigod Maui.

Other nominees in the category are My Life as a Courgette, The Red Turtle and Kubo and the Two Strings.

Winners of the 89th Academy Awards will be announced in a live broadcast on ABC on Feb. 26. Jimmy Kimmel hosts the ceremony.

Above: The title character from ‘Moana’ sings ‘How Far I’ll Go.’