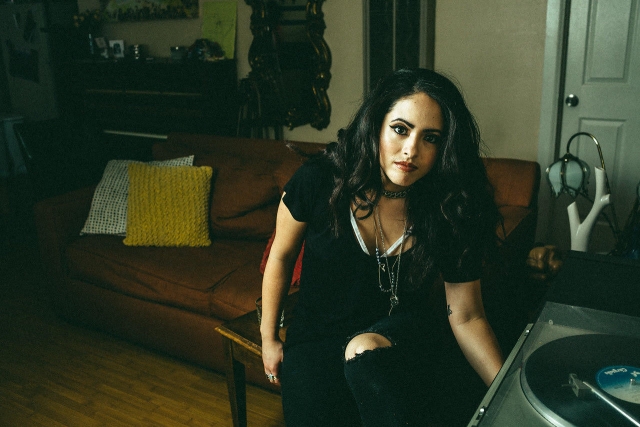 Above: Official video for ‘You.’

Bianca Gisselle (Theater BFA 10) tapped a couple of CalArtians to collaborate on her latest endeavor: the release of her latest single and accompanying video. “You” is a pop-soul dive into a breakup, exploring the time spent trying to salvage the relationship. It’s the first single from the upcoming Get Back to Love: Side B EP, which will be released later this year.

Grammy-nominated producer, engineer and musician Steve Rusch (Music BFA 10), who recently worked with Raphael Saadiq, Miguel and Solange, produced and co-wrote the song with Gisselle and Rocco DellaNeve. When it came to creating a video for the song, Gisselle partnered with Noha Khashoggi (Film/Video BFA 16) to craft the visuals and animation.

“When I write songs, I normally see the story in my head, sort of like a mini movie,” Gisselle writes in an email. “However, with this song, I saw the emotions in watercolor. That sparked the idea to do an animated video. I was so excited when Noha said she would team up with me. She is so ridiculously talented and one of the nicest people you will ever meet.”

Since graduating from the CalArts School of Theater, Gisselle has focused on both acting and music, penning songs with musicians and artists including Gin Wigmore, Merges, Jason Butler of LetLive, Hopium and Pegasus Warning, as well as performing in the upcoming production of The Unauthorized Musical Parody of Mean Gurlz in Los Angeles.

“You” is available on iTunes, Spotify and Soundcloud now.