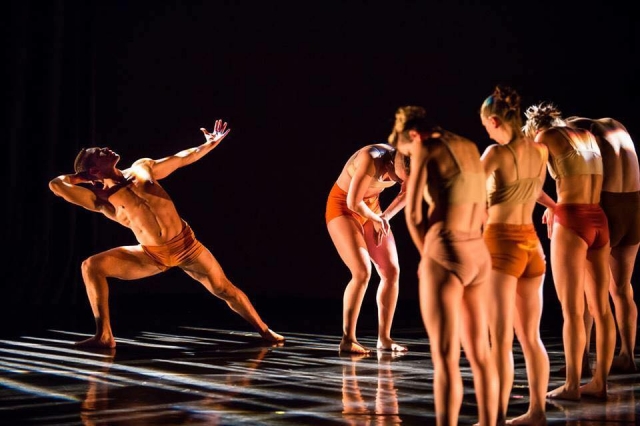 Rebecca Lemme (Dance MFA 13) will present a selection of new choreographed work on Jan. 27 and 28 at 8:30 pm at Highways Performance Space, located in Santa Monica, Calif. The Los Angeles Times cited Highways as a “hub of experimental, theater, dance, solo drama and other multimedia performance,” and in addition to Lemme’s repertory, the evening will include special musical guests ISTANBUL.

The four original dances will be presented under the title re•per•toire and include Retrouvaille (2011), as may be felt (2015), The Fragments (2016), and Love Letter (2017). Lemme says her newest piece, Love Letter will be performed as a work in progress, and is set to “classic songs from the 1950s and 60s. It is an homage to the lovelorn, the misfits, the hopeless romantics. Its heart is in the expression of lone souls on a quest toward togetherness.”

Lemme is a former faculty member at CalArts and is currently Assistant Professor of Dance at California State University, Long Beach. Additionally, she has been on faculty at Columbia College Chicago, Roosevelt University, Hubbard Street’s Lou Conte Dance Studio, Visceral Dance Center and Joffrey Ballet Chicago. She has guest taught at the American College Dance Festival, University of Chicago, Northwestern University, Wake Forest University, Beloit College, and the Chicago National Association of Dance Masters, and has been a Choreographer in Residence, setting work and teaching master classes, in the Dance Department at Grand Valley State University.

Lemme has toured nationally with contemporary repertory companies, and in 2014 she founded Acts of Matter, a project-based performance group based in Los Angeles and the Chicago area.