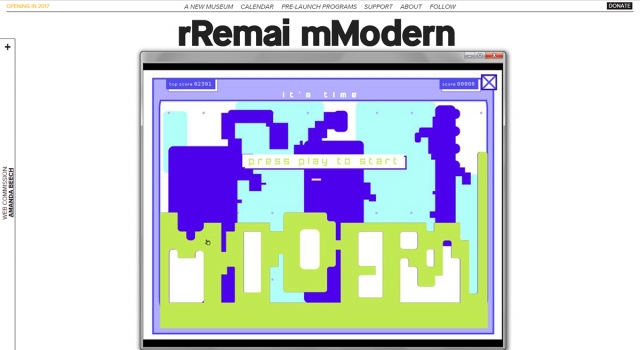 Mimicking a video game tutorial, the work conflates a Machiavellian strategy for winning and maintaining power with contemporary curatorial diplomacy. The work interferes with access to Remai Modern’s website, but also occupies the museum by becoming an extension of its real and virtual architecture. Beech’s work questions the essence of modernity and what it takes to recover the modern from within a dizzyingly complex cultural and political economy, where a museum can be exchanged for a hard drive. By incorporating maps, diagrams and references to Remai Modern’s design, Beech’s videos offer wry instruction on how to be modern today.

Beech is an artist and writer. Her work proposes a new realist politics and its possibilities in the context of contingency and neo-rationalist conceptions of power.

Remai Modern is informed by the rich culture and history of the Canadian prairies, including indigenous artists and nations, distinct modernist influences and a legacy of progressive support for the arts .