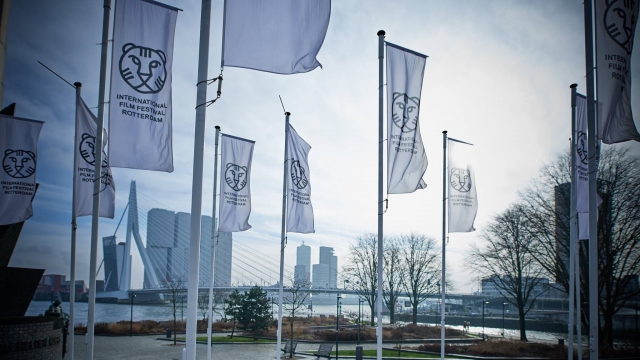 Several alumni from CalArts’ Program in Film and Video showcased recent work at the annual International Film Festival Rotterdam, held in the Netherlands from Jan. 25-Feb. 5. The prestigious ten-day festival is in its 45th year and highlights the latest in independent and experimental filmmaking, including fiction and documentary and both short and long forms.

The festival’s Tiger Competition is an event specifically for short films by young and established talent. CalArts faculty Laura Kraning (Film/Video MFA 10) competed in this category. Her short film Meridian Plain is a fast-moving collection of thousands of black and white photos of an unknown desert landscape in macro and panorama views. The Film Festival Rotterdam said Kraning’s expert editing, “brings the ostensibly dead, semi-desert to life in this short documentary revealing a possible scenario for the future.”

Manuela de Laborde (Film/Video MFA 16) also competed in the Tiger Competition. Her film As Without So Within is a “meditation on a frozen universe of sculptural objects with a minimalist yet effective soundtrack [and] uses the saturated colors and textures of 16 mm film, creating a theatrical setting that does maximum justice to the shape and materiality of these objects.”

Other CalArtians who presented films during the festival were: