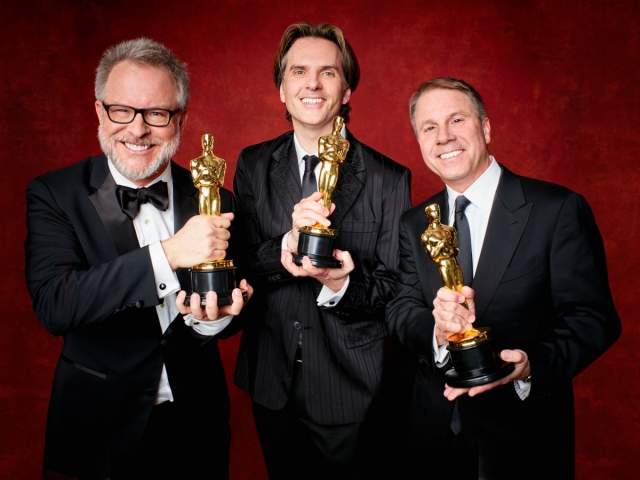 Although the “Envelopegate” gaffe dominated headlines about last night’s Academy Awards, there were a number of other films honored for excellence. Among them was Walt Disney Animation Studios’ Zootopia, which took home the Oscar for Best Animated Feature.

Directed by Byron Howard and CalArts alumnus Rich Moore (Film/Video BFA 87), the adventure comedy follows Judy Hopps, a small-town rabbit who becomes the first rabbit officer in Zootopia. The story focused on themes around diversity and equality, which Moore and fellow producers discussed further in the Oscars pressroom. A reporter asked for the filmmakers to speak to the importance of equal representation on-screen and off-.

“Our studio employs artists from all over the world,” Moore said. “There’s no way that we could make these films without the talent of international artists. And they bring so much from their countries.” Added Zootopia Producer Clark Spencer, “We actually worked with an incredible expert on bias named Dr. Shakti Butler for two years, and she really worked with us and looked at the script and talked about this idea of subconscious bias which is what made it into the film…And if we do our jobs right, we can entertain kids and adults, but also cause a reason for conversation and hopefully inspire.”

Earning the Oscar completed a trifecta of wins for the film, as it also earned the Golden Globe and Annie Award for Best Animated Feature.