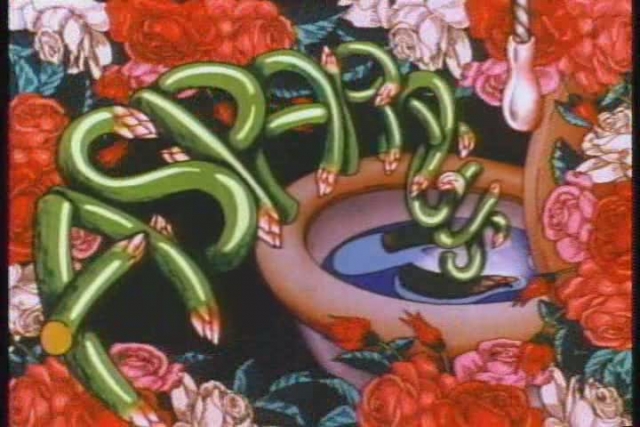 Suzan Pitt, award-winning artist, filmmaker and CalArts School of Film/Video faculty, is scheduled to screen a career-spanning selection of her work at the Museum of Modern Art (MoMA) on Monday (March 6). The event is presented in partnership with The Academy Film Archive and MoMA’s To Save and Project festival, which unveils a wide range of restoration premieres from institutions around the world.

Monday’s program features Pitt’s most recent film, as well as classics such as Crocus (1971) and Asparagus (1979). As Jeffrey Bowers of Vice writes, “Even after nearly three decades since its original screenings, the 20-minute mind-bending psychosexual drama Asparagus is just as shocking, imaginative and adventurous as it was when it played before David Lynch’s Eraserhead [during its two-year run on the midnight-movie circuit.] The lush cel animation, which was painstakingly drawn over five years, propels you into Pitt’s dreamlike narrative.”

Pitt is a master of her craft, creating immersive animated environments through early cinema techniques, and other analog methods such as painted cutout, stop-motion, claymation, matted cel and multiplane camera work. According to MoMA’s website, “She draws upon countless sources—from Max Fleischer cartoons to the surrealism of Leonora Carrington and Dorothea Tanning, the magic realism of the rain forest to the polymorphous perversity of 1960s and 70s underground comix.”

An Evening with Suzan Pitt