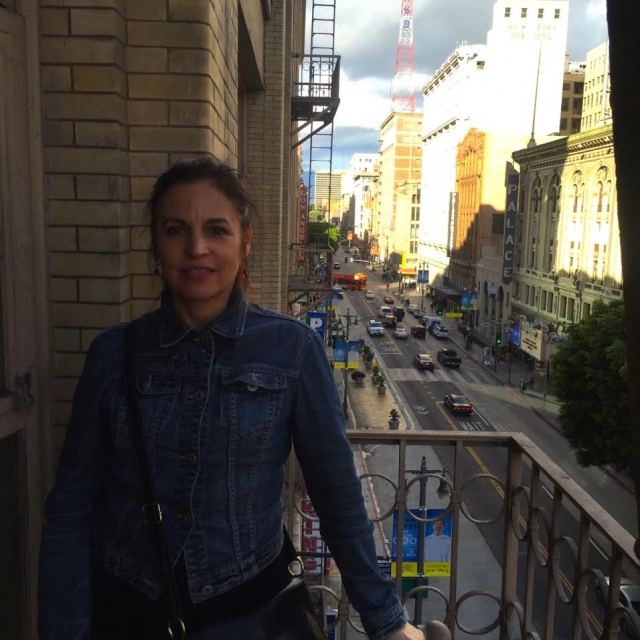 Journalist and filmmaker Roxanne Frias is at CalArts this week. (Image: Courtesy of the artist)

Los Angeles-based documentary filmmaker Roxanne Frias visits CalArts on Thursday (March 16) for a screening of Latino: The Changing Face of America, followed by a Q&A. Frias’ film examines the growth of Latino population in the U.S., and its impact on America’s political, social, economic and cultural future. The documentary combines expert analysis with personal stories of those who have traveled to the U.S. for the American Dream.

Statistics show that the population of Hispanics in the U.S. will double to 100 million in 35 years, and the film emphasizes that point by focusing on smaller-scale stories. For example, Frias visits the Montebello School District in California, which has grown from being 7 percent to 97 percent Latino. She also examines the history of the Mexican-American border in El Paso, Texas. She travels to Univision’s headquarters in Miami to discuss the impact of the Latino vote; and travels to Ottumwa, Iowa, where Latino immigration to the small town has revitalized what was a dying economy.

Frias, who holds a master’s in Documentary Film from Stanford University, has spent the last 25 years as a reporter, producer and director for French Public Television in Paris. Past documentary works include Made In Chicago (2008), a film about the life of Obama before he became president, and Back in Chicago (2012), which examines the impact of Obama’s presidency on two working class neighborhoods in Chicago.

The School of Film/Video and the Committee for Equity and Diversity are hosting the screening of Latino: The Changing Face of America, which begins at 4 pm in the Bijou Theater, and the discussion with Frias afterward.

Above: Trailer for ‘Latino: The Changing Face of America.’

Screening + Talk With Director of Latino: The Changing Face of America, Roxanne Frias