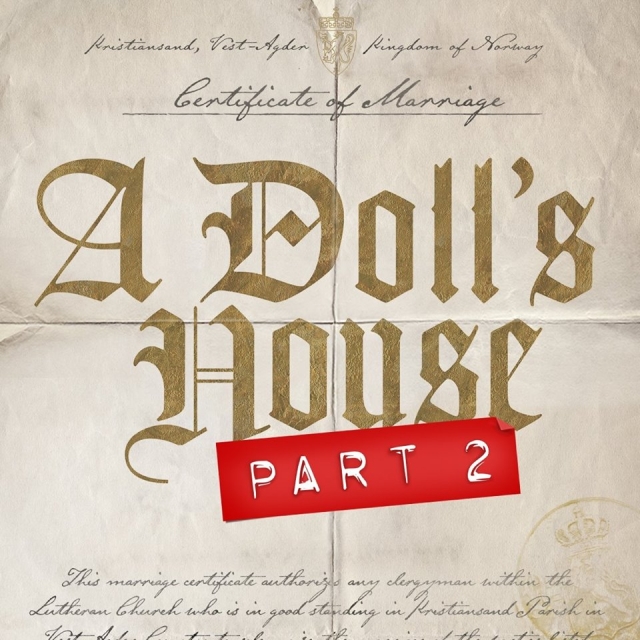 In the final scene of Ibsen’s ground-breaking masterwork, Nora Helmer makes the shocking decision to leave her husband and children, and begin a life on her own. This climactic event—when Nora slams the door on everything in her life — instantly propelled world drama into the modern age. In A Doll’s House, Part 2, many years have passed since Nora’s exit. Now, there’s a knock on that same door. Nora has returned. But why? And what will it mean for those she left behind?

The play, commissioned by South Coast Repertory in Costa Mesa, Calif. and playing at the theater from April 9-30, was picked up for a Broadway production by producer Scott Rudin sight unseen, based on the merits of its script alone.

Hnath didn’t expect A Doll’s House, Part 2 to head straight to Broadway, but it’s become something of a Rudin trademark to elevate exciting Off Broadway talent quickly and decisively, as he did with Stephen Karam and The Humans last season. As the playwright puts it, he couldn’t exactly say no to the offer. “I’ve been going to see a lot of shows on Broadway to study what it feels like to be in one of those Broadway houses,” Hnath said. “It’s a very heightened experience. I think it elevates every line in a way.”

A Doll’s House, Part 2 on Broadway’s official opening night is April 27, with shows running through July 23.