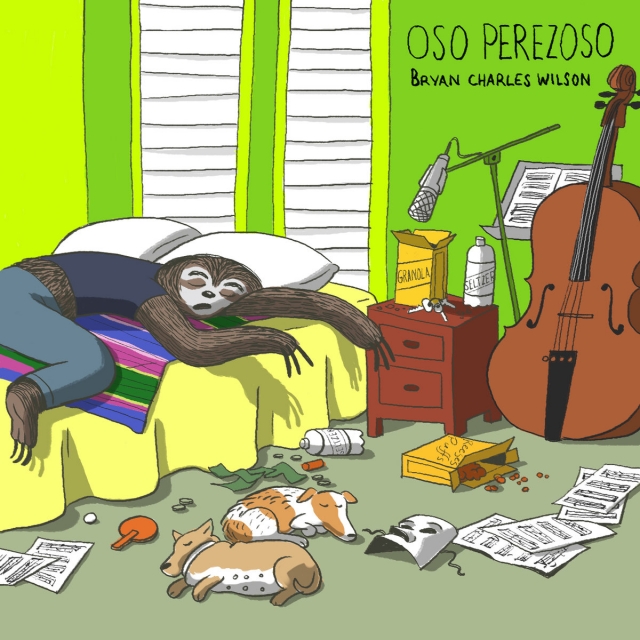 On March 7, cellist and CalArts alumnus Bryan Wilson (Music BFA 11) released his debut solo album, Oso Perezoso. The 12-track record draws from Wilson’s classical upbringing on cello and combines it with his passion for hip-hop drum beats and synthesizers.

“The record is deeply personal for Wilson,” according to a press release. “Half of the songs were written for his family including his loving and hilarious 96 year old grandmother, Roz, his gorgeous new bride, Minh, and his very supportive parents, Syd and Paul. The rest of the tracks feature the cello singing melancholic melodies over hip-hop drumlines and roaring synths.”

Wilson is a studio cellist and composer of film, media and concert music. He is also the cellist and co-composer for the post-rock band, You Bred Raptors?. As the founder of Bryan Wilson Cello Studio he offers cello lessons in Northern New Jersey and online via Skype. His book, Cello Chords, has been utilized by players across the globe and has become a go-to resource for creative cellists.

Oso Perezoso is available for purchase on Bandcamp.