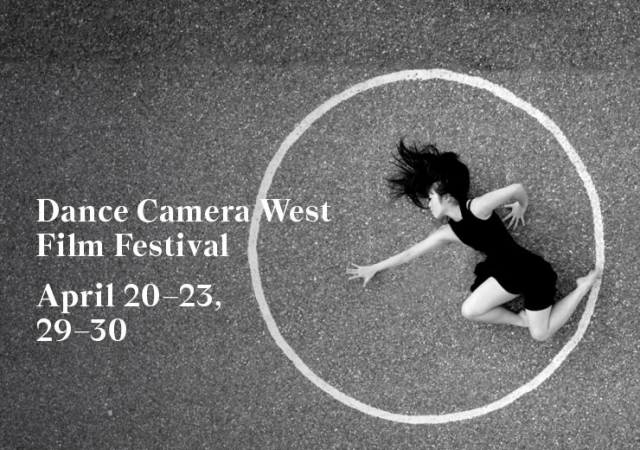 One of the film festival’s components is the CalArts @ Dance Camera West Emerging Artists Competition. With support from The Sharon Disney Lund School of Dance and the School of Film/Video at CalArts, high school and college students have been invited to submit original dance media for the chance to win scholarship and cash prizes. The 2017 awards ceremony takes place at the Fowler Museum on Saturday, April 22 at 7 pm.

DCW’s April 22 evening program also includes the west coast premiere of the documentary, In the Steps of Trisha Brown, by Marie-Helene Rebois with Lisa Kraus, Carolyn Lucas and other dancers of the National Paris Opera Ballet. The film is a behind-the-scenes look at the contemporary production of Trisha Brown’s seminal 1979 work Glacial Decoy with projected slides by Robert Rauschenberg. The documentary focuses on the Paris Opera Ballet dancers learning how to undo their classical training to perform in Brown’s postmodern language.

The DCW Dance Film Festival showcases a wide spectrum of dance forms including modern, postmodern, world dance, hip-hop, tap dance, dance theater and ballet. The festival’s genre inclusiveness is an extension of the organization’s philosophy to use dance’s nonverbal form as an opportunity to bridge diverse cultural communities with inspiring presentations of dance on film.