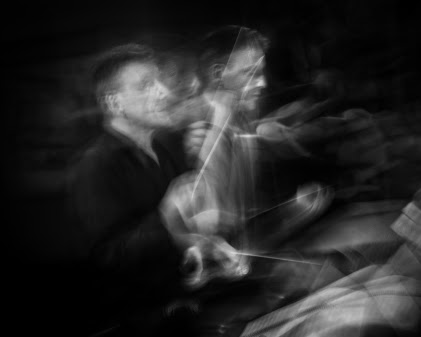 Lowenstein’s opera stems from his interest in how families tell stories and what those stories mean. Little Bear follows a family’s retelling of classic fairy tales such as Little Red Riding Hood and Beauty and the Beast. In a video interview with Lowenstein about the making of the opera, he says, “…all children’s stories have an incredible darkness and children have such big fears, big emotions, big loves, big needs, and they have a huge brightly colored world, so I wanted Little Bear to be seen through the child’s eyes.”

Several scenes from Little Bear will be performed at REDCAT by vocalists Justine Aronson, David Castillo and Grace Bernard.

The concert also features two premieres of Lowenstein’s work, performed by CalArts alumni: the first features vocalist Jodie Landau (Music BFA 15) in the American debut of this, a piece based on Buddhist, Sufi and Hebrew texts; and the second is the world premiere of T’filat haDereck (Prayer for a Journey), a cello concerto performed by Derek Stein (Music MFA 10) and augmented with dance.

Lowenstein, an influential figure in L.A.’s burgeoning contemporary music scene, also serves as the founding music director of The Industry, the groundbreaking experimental opera company that produced the first-ever mobile opera Hopscotch in 2015. Earlier this year, Little Bear was featured in The Industry’s First Take program, the only West Coast workshop of new American opera.

Marc Lowenstein discusses Little Bear in the video above.