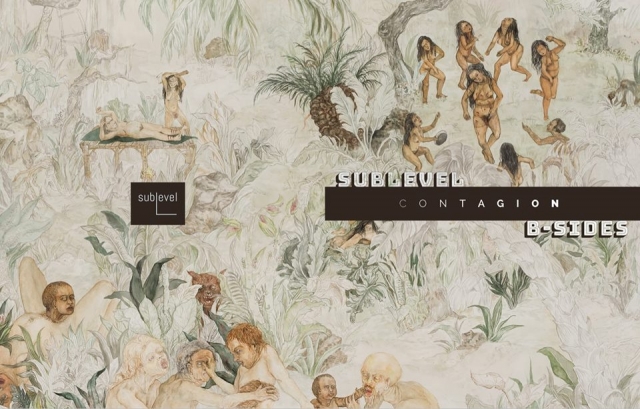 Cover for ‘B-sides.’ | Image from Sublevel.

Tomorrow (May 9), the Armory Center for the Arts in Pasadena, Calif., hosts the release party of B-Sides, Sublevel Magazine’s print edition.

Housed in CalArts’ Creative Writing Program, Sublevel is devoted to the nexus of literature, poetics, art, criticism, philosophy, culture and politics. “B-sides treats the magazine’s online features as its A-sides, offering elaborations which interrupt, highlight, investigate, or extend the conversations begun in the online edition,” according to the website.

Additionally, the release event also welcomes Sublevel’s new Managing Editor, Lauren Mackler. Mackler takes over editorial duties from Maggie Nelson, who ends her tenure at CalArts this Spring. “As I prepare to leave, I can’t think of anyone to whom I’d feel more confident and excited about leaving this enterprise,” Nelson says in an email.

Mackler is a French-American curator and graphic designer based in Los Angeles. In 2010, she founded Public Fiction, a forum for the staging of exhibitions and performances by contemporary artists. A year later she launched a quarterly journal with the same mission in print. She has organized exhibitions at The Museum of Contemporary Art, Los Angeles; The Hammer Museum, Los Angeles; Artissima LIDO, Turin, Italy; and Frieze Projects, New York amongst others. Mackler has contributed writing to numerous periodicals, catalogues and artist monographs. In 2015, she was awarded the Rome Prize by the American Academy in Rome. Mackler holds degrees from New York University and the Rhode Island School of Design.