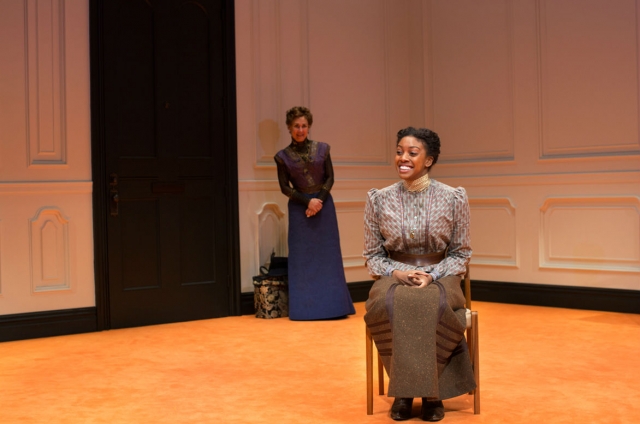 The Tony Award nominations were announced last Tuesday (May 2), with CalArts alumna Condola Rashad (Theater BFA 08) earning a nod for Best Performance by an Actress in a Featured Role in a Play for A Doll’s House, Part 2. Rashad joins her fellow castmates Laurie Metcalf, Chris Cooper and Jayne Houdyshell, who were also nominated for Actress and Actor in a Leading Role, and Actress in a Featured Role, respectively.

A Doll’s House, Part 2, written by Lucas Hnath and directed by Sam Gold, is a comedic sequel to Henrik Ibsen’s 1879 play A Doll’s House. Hnath’s work picks up 15 years after Nora (Metcalf) leaves behind her oppressive life, her husband and children. While she’s returned to take care of unfinished business with husband Torvald (Cooper), she must also face her eldest daughter Emmy (Rashad) and the wisecracking housekeeper Anne Marie (Houdyshell).

Both the play and the cast have earned critical praise for their work. In his New York Times review, Ben Brantley writes of Emmy and Rashad:

As portrayed by Ms. Rashad in a stunningly subtle and controlled performance, Emmy isn’t above using traditionally “feminine” wiles to get what she wants. She’s the image of Nora as she was before Mom found enlightenment. It’s a déjà vu reflection that alarms Nora to no end.

This most recent Tony nomination marks Rashad’s third. She was previously honored for Stick Fly in 2012 and The Trip to Bountiful in 2013. A versatile performer, Rashad can currently be seen on the small screen opposite Paul Giamatti and Damien Lewis on Showtime’s TV series Billions.

A Doll’s House, Part 2 is currently scheduled to run through July 23 at the Golden Theatre on Broadway.

The Tony Awards, hosted by actor Kevin Spacey, will be presented on June 11 at Radio City Music Hall in New York and televised live on CBS.

Related: NY1 video interview with Rashad about her nomination