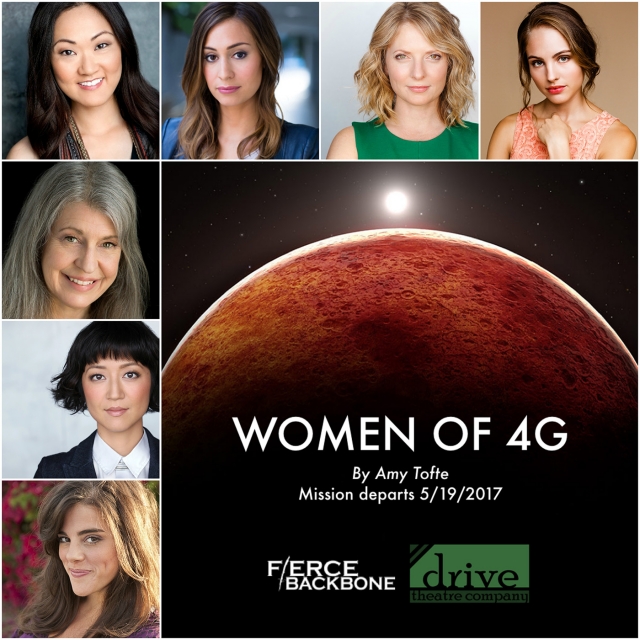 Seventy-five years in the future, an all-female crew and their male captain depart on what appears to be a routine mission to Mars… until the captain is murdered and the real mission comes to light.

Inspired by the Bechdel Test (which examines if a work of fiction features at least two named women who talk to each other about something other than a man), Women of 4G deals with relationships between women under extreme duress. Part murder mystery, part space thriller, Women of 4G uses a science fiction world to ask questions about power, leadership, responsibility, and ultimately, sacrifice.

The production also features several CalArtians, with Cady Zuckerman (Theater MFA 11) playing Wollman, one of the main characters, along with Jully Lee as Stark, Lily Rains as Nataki, Samantha Barrios as Baston, JanLyn Williams as Cava, Jane H. Kim as Toulle and Isabelle Loeb as Pierce.