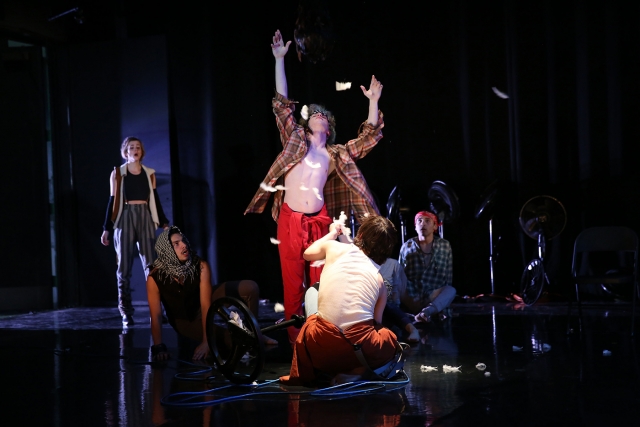 Choreographer, director and CalArts alumna Meryl Murman (Dance-IM MFA 14) is bringing her CalArts MFA thesis Ways of Forgetting to the screen with the help of CalArtian collaborators.

Ways of Forgetting is a dance film that “reflects on the ways we try (and sometimes fail) to connect with each other in contemporary society. It follows the whacky and whimsical imaginations of seven individuals on a quest to become un-lonely, all told through wild and original dance and song.”

“I create at the intersection of cinema and performance,” says Murman, of her work, adding that she is “inclined toward that which is messy, fragile and chaotic.”

Murman’s work has been presented at the Contemporary Art Center in New Orleans and at Kunstquartier Bethanian in Berlin, Germany. Her short film le Pain won the Audience Choice Award at East End Film Festival and Best Editing at the Madrid International Film Festival.