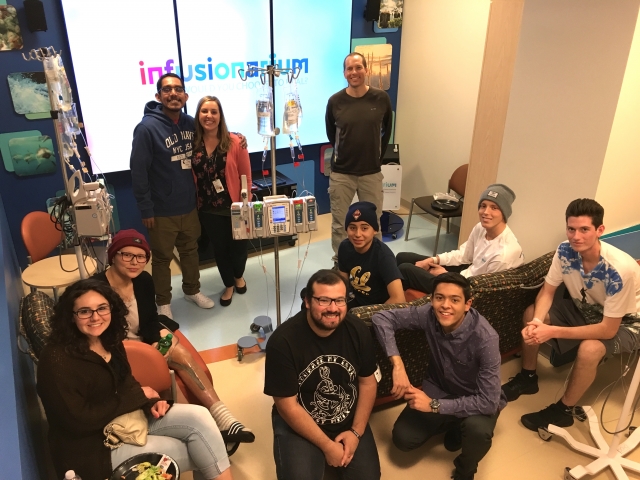 Co-founder Dr. Leonard Sender, an oncologist and hematologist, wanted to address the psychosocial needs of youth cancer patients whose hospital experiences are typically marked by long hours of isolation and fear. In a New York Times article, Sender says he realized, “If he ever needed chemotherapy himself…he would want to lose himself in a tranquil, enjoyable environment: ‘Could I get my infusion in an aquarium?'”

Thus, Holzberg and Sender created the Infusionarium, a physical space for patients and their friends and family to connect with each other, watch movies, play video games, and engage in VR immersive healing experiences like skydiving, underwater exploration, and up-close encounters with exotic zoo animals.

In addition to Infusionariums, Reimagine Well also offers patients, families, and healthcare workers a private support community, and distributes educational guides that can be used across the entire patient journey.

CalArts experience designers interested in collaborating with Reimagine Well in the creation of new immersive healing experiences can find out more on the company’s website.