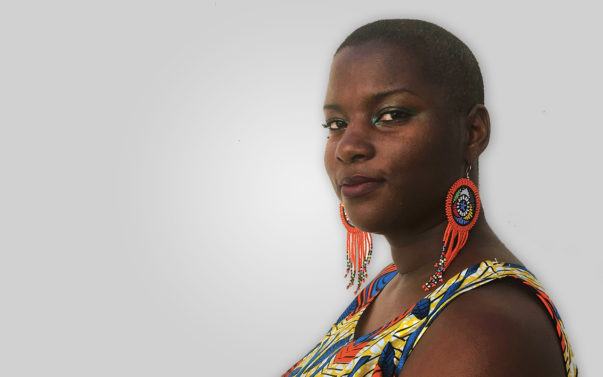 Held monthly, Friday Flights asks artists to respond to the Getty’s architecture, collections and environment through their own creative means: performance, music, film and more.

Hinkle, an interdisciplinary visual artist, writer and performer, presents Exploring the Nowannago: Kentrifican Modes of Resistance. Performed in collaboration with Tyler Matthew Oyer (Art MFA 12), the piece features a “double-noose tug-of-war” and an exploration of an unknown continent and culture called “Kentrifica,” a meditation upon identity and what can or cannot be found on a map.

Hinkle’s performance seeks to draw attention to and confront a variety of modern issues, including the Black Lives Matter Movement, LGBTQ+ awareness, human trafficking and more. For the first time ever, the performance will be accompanied by live music from The Kevin Robinson Ensemble (KREation), led by CalArts alum Kevin Robinson (Music BFA 14).

Benzel’s work has been shown or performed at LACMA, MOCA, The MAK Center for Art and Architecture, among others.

A show of Hinkle’s work, The Evanesced, was on view at Los Angeles’ California African American Museum earlier this spring.

CalArtians to Perform at The Getty’s Friday Flights Aug. 25