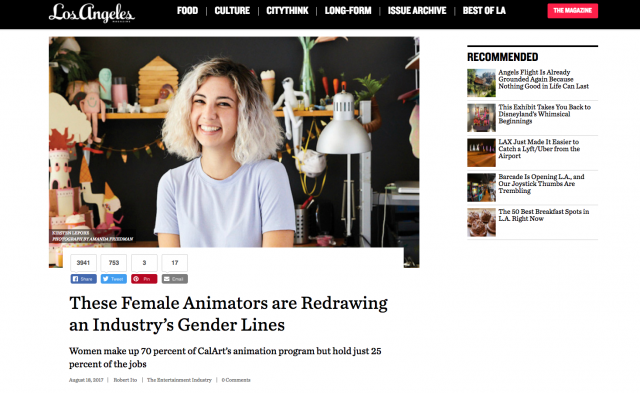 Los Angeles Magazine recently published an in-depth feature on gender disparity in the animation industry and examined how CalArts’ animation programs are helping to redraw those gender lines. The magazine’s Robert Ito reported that while the animation student body at CalArts is 70 percent female, the number of women with union jobs only accounts for 25 percent of the total workforce.

Ito examined ways that CalArts is helping change the industry and highlighted the Institute’s symposium on gender bias in animation, The Animated Woman. Originated by former School of Film/Video faculty Erica Larsen-Dockray as a class, the conference addressed female representation in animated films and television shows. Ito also talked to a number of CalArts alumnae about their journeys and careers.

Animators featured in the article include: