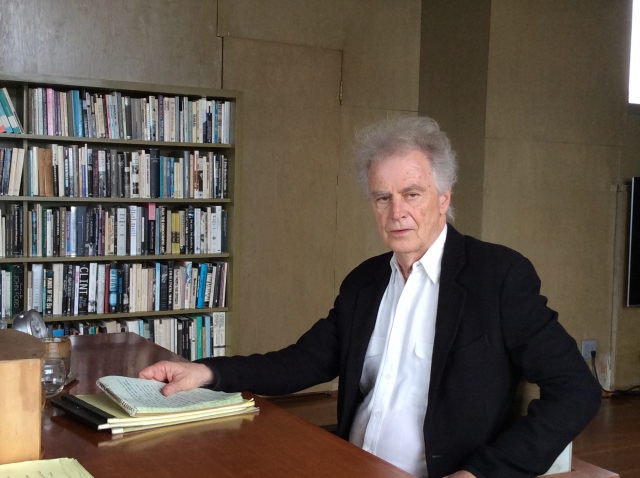 The evening doubles as a book release event to celebrate the publication of Andersen’s new book, Slow Writing: Thom Andersen on Cinema (The Visible Press), a collection of articles by the filmmaker that ruminate on the avant-garde, Hollywood features and contemporary cinema. Andersen will also sign copies of the book and screen his most recent film, The Thoughts That Once We Had (2016) during Cinematic Voices.

From The Visible Press:

His critiques of artists and filmmakers as diverse as Yasujirō Ozu, Nicholas Ray, Andy Warhol, and Christian Marclay locate their work within the broader spheres of popular culture, politics, history, architecture, and the urban landscape. The city of Los Angeles and its relationship to film is a recurrent theme. These writings, which span a period of five decades, demonstrate Andersen’s social consciousness, humour and his genuine appreciation of cinema in its many forms. Thom Andersen’s films include the celebrated documentary essays Eadweard Muybridge, Zoopraxographer (1975), Red Hollywood (1996), Los Angeles Plays Itself (2003), and The Thoughts That Once We Had (2015).

Andersen, who is currently on Creative Leave from the School of Film/Video, officially launches his book at the Austrian Film Museum, Vienna during a complete retrospective of his works from Sept. 22-Oct. 4. In addition to Andersen’s own films, the museum will screen other films related to the new book.

The following week, Andersen heads to Paris to present a retrospective of his work at Centre Pompidou, which begins on Sept. 29. The Pompidou retrospective includes a screening of Red Hollywood that will also be attended by its co-maker Noël Burch.

The official Los Angeles book launch of Slow Writing takes place on Oct. 12 at Skylight Books with Andersen in discussion with writer and poet Tosh Berman. On Oct. 14-15, Andersen’s most well-known film, Los Angeles Plays Itself, screens at The Theatre at Ace Hotel in Downtown Los Angeles as part of a fundraising benefit for the David Lynch Foundation.

View stills from The Thoughts That Once We Had in the gallery, below: