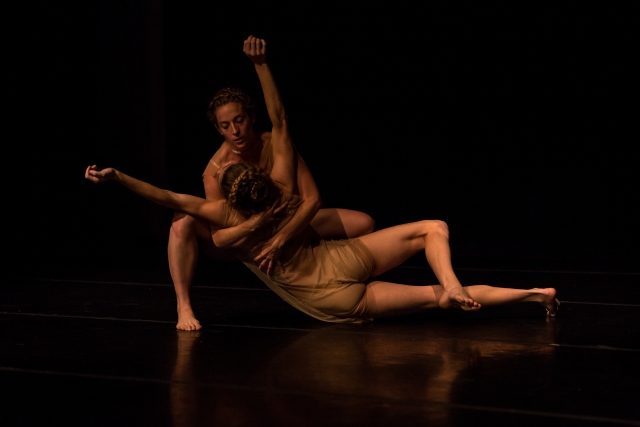 “This year is actually the first year we are practicing exchange in this way, with the Festival serving as an intentional platform for both local artists and select visiting projects,” said Wright. “It brings me so much joy to see the festival fulfilling its original purpose: to serve as a platform for local artists to be seen on the national and international level, and to act as a switchboard of exchange between artists, curators, organizations and audiences.”

Four of the 12 performances at this year’s LAX Festival include CalArts alumni and faculty:

On Oct. 7, at the Bootleg Theater, dancer, choreographer and School of Theater faculty member Jessica Emmanuel will perform two sections of her untitled work-in-progress: Witnessing Her, capturing the trauma of senseless black deaths, and Decolonize That Mind, which explores the idea of identity as imposed by society and understood by oneself.

And on Oct. 14, celebrated Los Angeles theater ensemble Poor Dog Group–a collective founded at CalArts that features eight alumni members–will preview its new work, Group Therapy at the Bootleg Theater. Commissioned by the Center for the Art of Performance at UCLA and premiering in January, the uncensored piece of documentary theater will delve into 16 hours of the group’s actual transcribed therapy with a licensed professional.

The latest evening-length work from choreographer Stephanie Zaletel (Dance BFA 12), Marshmallow Sea takes water as its theme, reflecting on its fluidity and force, sustenance and submission. Performed by szalt dance co., Zaletel’s company of six dancers, the piece will be presented Oct. 6 through 8 at the Bootleg Theater.

In its 2016 “Best of LA” issue, LA Weekly wrote of LAX Festival: “Experimental theater so unprecedented and boundary-breaking that it feels like messages from the distant future.”