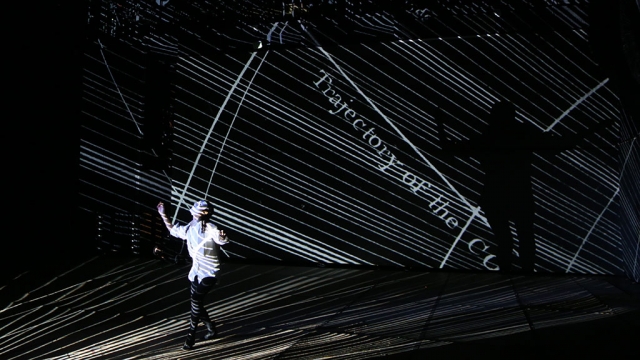 CalArts Center for New Performance (CNP), the professional producing arm of California Institute of the Arts, opens Fantômas: Revenge of the Image at Wuzhen Theatre Festival in Wuzhen, China, on Oct. 19. Workshopped at CalArts last year, Fantômas is the first production to have its international world premiere at the theater festival.

Created by Travis Preston, CNP Artistic Director and dean of the School of Theater, in collaboration with film theorist Tom Gunning, the work focuses on modern urban terror using the fictional character crafted by French writers Marcel Allain and Pierre Souvestre, as well as the films of Louis Feuillade, as inspiration. Fantômas, a sociopath and serial killer, first appeared in 1911 in Souvestre and Allain’s popular French pulp fiction / crime series and went onto appear in more than 40 volumes.

The production promises to be an immersive and experiential one for the audience. From CNP:

Through the creation of an innovative mobile, enclosed audience unit, the production investigates the close relationship between sensation, violence and entertainment in contemporary visual culture. Throughout the production, the audience unit moves through space like a rolling camera dolly and the audience views the performance through an aperture of changing dimensions, not unlike the lens of a camera. The framing of the aperture and movement of the audience unit creates intense sensory effects for the audience.

Preston directs the run at the Wuzhen Theatre Festival, with a number of CalArts students, faculty and alumni among the production’s creative team and performers. Fantômas: Revenge of the Image is made possible by generous support from Wanxin Media.

Fantômas: Revenge of the Image