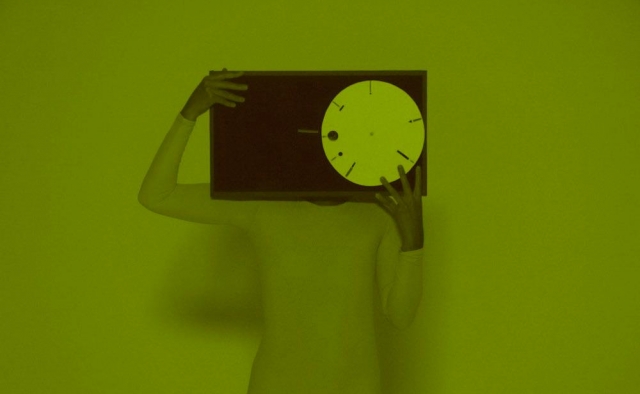 From the performance program:

This new work deconstructs notions of volumes, voids, and darkness as a phenomenon. A print head rapidly creates new objects inside of a transparent hemisphere filled with gel. Performers oscillate between pragmatic actions and cloaked, spiraling dances. Nipper unites a rigorous study of forms and voids with chance encounters between performers, machines, and the spaces in between.

For the complex, technical aspects of Terre Mécanique, Nipper collaborated with MIT’s cross-disciplinary Self-Assembly Lab, which supports research “aimed at re-imagining construction, manufacturing, product assembly and performance.” Nipper served as a lecturer in the Art, Culture and Technology program in the School of Architecture and Planning at MIT from 2014-16.

Celebrated worldwide, Performa 17 runs from Nov. 1-19 and showcases dozens of live performances in Manhattan and Brooklyn. Performa, the organization that puts on the biennial, refers to itself as “a museum without walls,” whose goal is to broaden the field of art history by supporting and producing live art from many different cultural perspectives.

Nipper is known as a artist who works with video, installation and live performance to explore movement, particularly ritualized gestures, and space. She has had solo exhibitions at the Hammer Museum, in Los Angeles; Bard College in Annandale-on-Hudson, New York; Kunsthaus in Zürich, Switzerland; Tramway in Glasgow, Scotland; and the Contemporary Arts Museum in Houston. Her performances have been commissioned by The Museum of Modern Art, New York; Centre for Contemporary Art Ujazdowski Castle, Warsaw, Poland; South London Gallery, UK, and Performa.