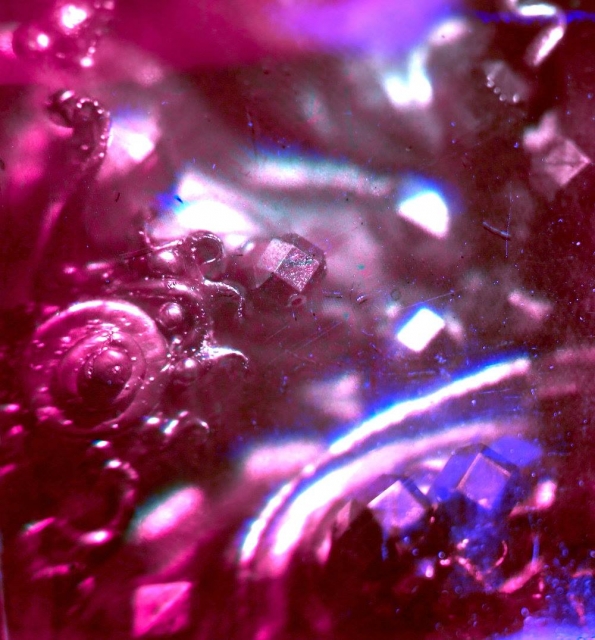 Artist and animator, Eric Leiser (Film/Video BFA 05) currently has a solo show at the Museum as Retail Space (MaRS) Gallery in Los Angeles. The exhibition, Time Crystals, which opened Nov. 11 and runs through Jan. 2, 2018, presents new work that explores concepts in experimental physics through holography, sculpture and video.

The title of the show refers to the work of the Nobel Prize-winning theoretical physicist, Frank Wilczek. In 2012, he proposed the possibility of the existence of time crystals, which are structures that repeat in time as opposed to space.

A time crystal is like constantly oscillating jelly in its natural, ground state, and that’s what makes it a whole new phase of matter—non-equilibrium matter. It’s incapable of sitting still and like the holographic image evokes with its multidimensional existence, eludes with its transparent volume and draws with perceptual phenomena the viewer into a philosophical paradox….The crystalline nature of time relating to an ongoing study of the infinite in nature within holography is at the heart of this new exhibition.

Read the article in the journal Nature about Wilczek’s work that Leiser references in his art.