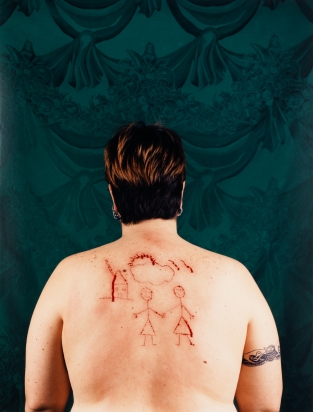 During the program, which is open to the public, Opie will discuss her 30+ year career and the importance of photography in both the history of art and contemporary America with Adam D. Weinberg, the Alice Pratt Brown Director of The Whitney.

In her profile of Opie for The New Yorker earlier this year, Ariel Levy wrote:

It is as if Opie were able to photograph aspects of people and mini-malls and Yosemite Falls that are invisible to the rest of the world. Her pictures ask how sure we are about what we know to be true. ‘There’s a certain kind of equality I’m trying to create, which is what I believe American democracy is about,’ Opie said.

The Whitney established the Walter Annenberg Lecture in the early 2000s in honor of the late publisher, philanthropist and diplomat. Held annually, the event seeks to advance the nation’s understanding of its art and culture by honoring a significant artist’s achievements and contributions to the field. Past speakers have included Claes Oldenburg, Frank Stella, John Baldessari, Jeff Koons, Martha Rosler and John Currin, among others.