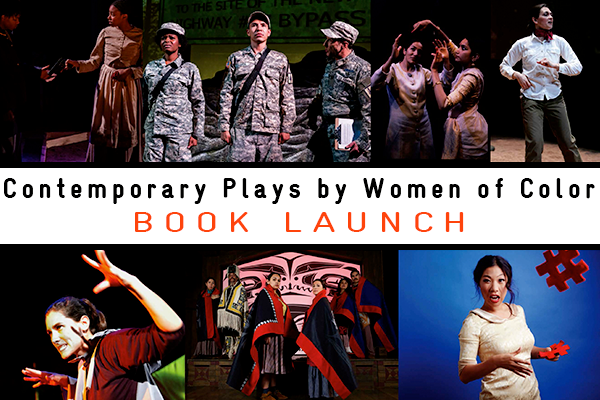 Contemporary Plays by Women of Color, edited by Roberta Uno

Two decades ago, the first edition of the anthology Contemporary Plays by Women of Color was published, paving the way for work by female writers and writers of color to be more widely produced and studied.

The trailblazing second edition, edited by Roberta Uno, director of the CalArts-based ArtChangeUS initiative, traverses the new millennium with contemporary plays from renowned and emerging playwrights. Two of the newly included works were written by CalArtians: Daughter of a Cuban Revolutionary by CalArts School of Theater faculty Marissa Chibas, and Gunshot Medley by recent graduate Dionna Michelle Daniel (Theater BFA 17).

Daughter of a Cuban Revolutionary is Chibas’ one-woman autobiographical show about three extraordinary members of her family and how their political activism has shaped her life. During the play, audiences learn that Chibas’ uncle Eddy was the front-runner for the Cuban presidency in 1951 before he committed suicide during his live radio show, and that her father, Raul, co-wrote the manifesto for the Cuban Revolution with Fidel Castro. Chibas’ mother, Dalia, was the 1959 Miss Cuba runner-up.

Gunshot Medley is a poetic work with spoken word and live music that confronts racism in America through the stories of three slaves: Betty, Alvis and George. The characters correspond to actual people who died as slaves in North Carolina before the Emancipation Proclamation was signed. Daniel, who is from North Carolina, began writing Gunshot Medley in response to the insensitive usage of the confederate flag after the tragedy of the 2015 Charleston Church Massacre.

There are two celebrations planned for the launch of the anthology.

On Thursday, Dec. 7 at CalArts’ Langley Hall, School of Theater students, directed by multidisciplinary artist Manon Manavit (Theater MFA 18), perform excerpts from Gunshot Medley and Daughter of a Cuban Revolutionary, along with What Would Crazy Horse Do?, The Wong Street Journal, Sun Sisters, Cardboard Piano, Our Lady of Kibeho, Elliot: A Soldier’s Fugue and Mala Hierba.

Uno and Chibas host a book launch on Sunday, Dec. 10, at the Autry Museum of the American West in Los Angeles. In addition to Chibas and Daniel, other featured playwrights from the anthology will in attendance, including Vasanti Saxena and Kristina Wong. Excerpts from the aforementioned plays will also be read/performed at the Autry.