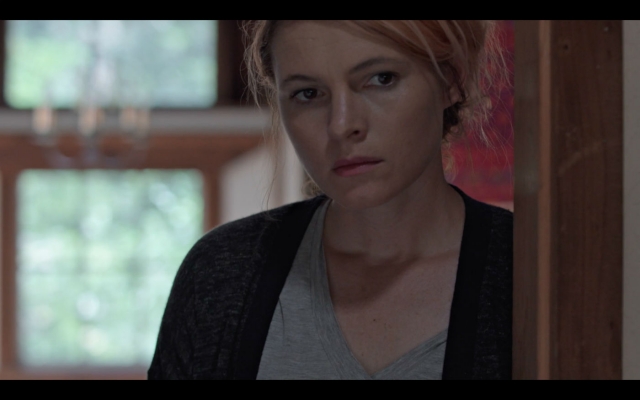 Gary Mairs, faculty member of the School of Film/Video, hosts the first screening of his new short film Retreat on Friday in the Bijou Theater at CalArts.

Written by Lee Anne Schmitt and shot by Abigail Severance, both faculty members of the School of Film/Video, Retreat is the fifth and final film in a series of interrelated shorts that Mairs made over the course of 10 years, each scripted by different writers. In addition to Schmitt, other films in the series were written by CalArts faculty James Benning and alumnus Theron Patterson (Film/Video 99).

The film(s) star actors Amy Seimetz (Upstream Color) and David Nordstrom (Film/Video 05), and follow their characters’ lives over a 10-year-period.

Mairs writes about the project’s origins:

The project started out as two short films, the first of which featured Amy Seimetz and David Nordstrom. When the second film, which also featured David, was completed, it felt like a continuation of his story from the first film. At that point I decided to continue with a film about Amy’s character, which James Benning wrote, and decided at that point to aim for five films that moved back and forth between these two stories over time. Now that Retreat, the final film, is done, I’ve assembled the films as chapters in a longer piece. Each chapter looks and feels somewhat different, and the writing is very different from piece to piece, though the characters continue to develop over each new entry.

Memory/Lies will be shown in its complete form for the first time at the Bijou.