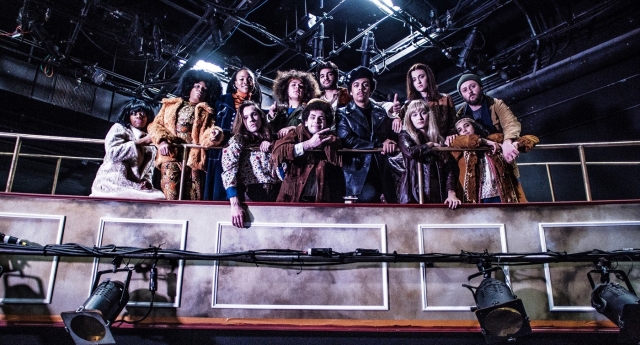 Jan. 9, 2018 update
The Hendrix Project begins its world premiere run this week at the Under the Radar Festival in New York. Performances take place at the BRIC House in Brooklyn:

The CalArts Center for New Performance presents a weekend of special preview performances of The Hendrix Project, conceived and directed by Roger Guenveur Smith, from Thursday (Dec. 7) to Saturday (Dec. 9), in the E400 performance space on campus. These performances are being held in advance of the production’s world premiere run from Jan. 11-14, 2018, at the Under the Radar Festival, co-presented by the Public Theater, the CalArts Center for New Performance and BRIC.

The Public Theater is a New York institution, an arts organization founded as the Shakespeare Workshop in 1954 by famed theater producer Joseph Papp. Conceived as one of the nation’s first nonprofit theaters, The Public’s “radically inclusive” mission showcases the work of up-and-coming playwrights and performers. For the past 14 years, The Public’s Under the Radar Festival has presented more than 229 companies from 42 countries.

To attend one of the previews, please RSVP. Seating is on a first-come, first-served basis.