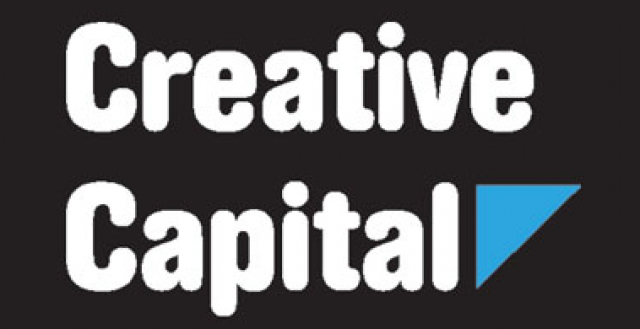 CalArts School of Critical Studies faculty Janet Sarbanes recently received a grant from The Creative Capital | Andy Warhol Foundation Arts Writers Grant Program for her essay, Reframing the House of Dust: A Meditation in Many Parts.

In 1967, Fluxus artists Alison Knowles and James Tenney created one of the first computer-generated poems titled, A House of Dust. A year later, with funding from a Guggenheim grant, Knowles translated a line from the poem into a cavernous dome-like structure in Chelsea, New York. A restored version of The House of Dust eventually made its way to CalArts when Knowles joined the Art faculty. The structure was used as a classroom and creative space on-campus until it was taken down in 1972.

Sarbanes’ essay will meditate on the re-building of The House of Dust at CalArts in early 2018. From the Arts Writers Grant Program website:

Sarbanes’ essay “will consist of a series of journal entries meditating on the process of designing, constructing and activating the new house; Knowles’ original process; the history of Fluxus pedagogy at CalArts and its lasting influence; and questions around art and cybernetics and artists and housing raised by both projects.” 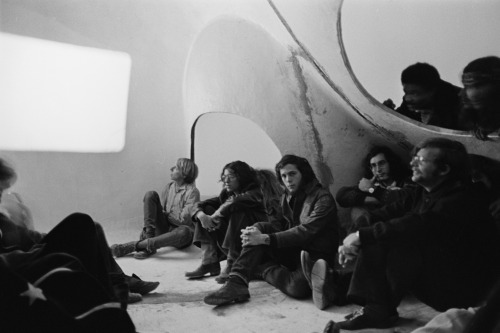 ‘Friends’ gather inside the House of Dust for a screening, c. 1971

Sarbanes teaches in the MFA Creative Writing Program and the MA Aesthetics and Politics Program at CalArts. She is the author of several short story collections including Army of One, and has published critical writing in museum catalogues, anthologies and journals such as East of Borneo, Afterall, Journal of Utopian Studies and the Los Angeles Review of Books.

The Arts Writers Grant Program funds projects that address both general and specialized art audiences in four categories: articles, blogs, books and short-form writing. In its 2017 cycle, awards were given to 23 writers in grant amounts ranging from $15,000 to $50,000 and combined total $760,000.