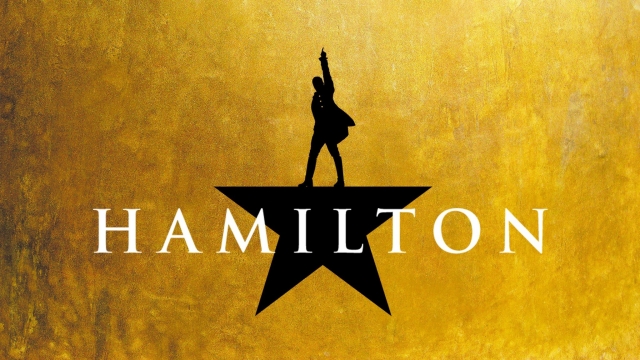 CalArts graduate Andrew Wojtal (Dance BFA 11) currently has the dream gig for most performers: He’s part of the Hamilton touring company, which is currently in the midst of its Los Angeles run at the Pantages Theatre. We checked in with Wojtal to talk about his path from CalArts to one of pop culture’s most impactful shows.

24700: What is it like to join Hamilton, a show that has become a worldwide phenomenon?
Andrew Wojtal: It’s exceeded my expectations. It’s the craziest thing I’ve ever been part of. There’s something so universal, important, necessary and pertinent to right now that this show offers that we all geek out about it. To share the passion for it with every audience–that’s the most important thing about all it all…

The heart lies completely in the message of the show. It’s the most inspiring thing I’ve ever been a part of and witnessed. I feel I can reference it in everyday life.

What is your favorite Hamilton song?
That’s always a tough question. I dance the entire show–95 percent of the show. They also cast me—I play Samuel Seabury—I sing “Farmer Refuted” which Hamilton raps over. There are 53 tracks in this. That’s my favorite for one reason–it’s taught me more about myself. I was terrified of singing solo in front of 2,500 people everyday–I’d never done that. Besides being a fun character to play, it proves to me I’m capable of things I didn’t know I was capable of or didn’t think I’d have the chance to try out night after night. I get to say, “I’ve done that almost 300 times.” It’s shaped my heart in ways I didn’t think I’d get to experience.

“The Battle of Yorktown” – I mean, that section of the show is such a heightened, thrilling part of the show near the end of the first act. 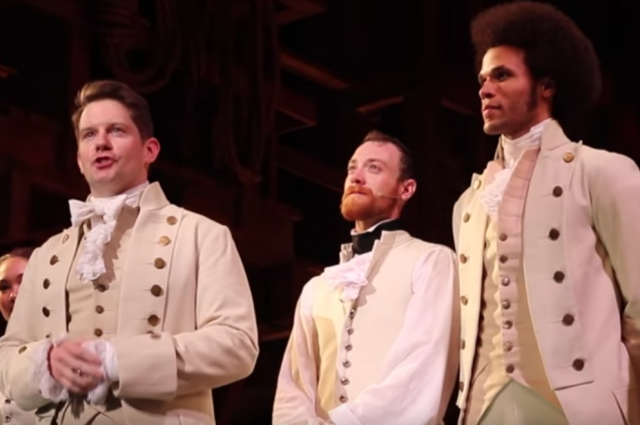 I knew I was in love with movement, and I loved to sing as well. I’d make up songs. Sometimes I’d regale my teachers with those songs and they were open to talking to me about music. I took Latin percussion at CalArts and that transformed me as a dancer and a mover.

Almost two years ago, I recovered from a knee surgery, all that time in recovery, it was music central because I couldn’t move. When I got back to dance, I wrote some friends and one was in the Fiddler on the Roof revival on Broadway. I asked if there were any openings and there weren’t but she said she’d keep her ears open for me. A week later, one of their dancers tore their ACL and was out, and [the production] told me to send my stuff to their dance captain. They hired me a week later, and I moved my life from LA to NY. I needed music in my life and I needed to be singing. I finished out the run of Fiddler, and then Hamilton was putting together its first Broadway touring company and they invited dancers from Fiddler to audition. I had seven to eight auditions with the Hamilton team. On Dec. 20th of 2016, I got the call that they cast me as Samuel Seabury. I started Jan. 16th of 2017, and have been doing it this whole year.

What advice do you give aspiring artists?
If you feel even for one second that something is what you’re supposed to do, you have to follow it to see what it is. It doesn’t mean you’re sacrificing time following other things. You have to be curious: That’s the artist’s job. I owe everything right now to my curiosity and the fear and walking headfirst into it. I never did musical theatre or took voice lessons–I got my degree in modern dance and here I am–it’s the perfect fit. There’s no formula. You have to collect as much as you can throughout your life–as much knowledge and belief in yourself. Follow what’s in your heart – it’s not an option, it’s a necessity.

Have you met Lin-Manuel Miranda?
Yes! He’s incredible. You feel like you’re with a friend. He’s one of the most caring humans I’ve ever met. Everything he does is to better the place we all live, to better the group. That’s his genius: nothing is self-serving. He uses his genius to help everybody. It’s mind-blowing inspiring to be around that.

Did you watch the Curb Your Enthusiasm episodes featuring Hamilton?
It was our cast in Curb! We filmed that two months ago. Larry David has come to the show quite a bit–he’s quite a fan of it.

Have you met celebrity guests at the LA shows?
Every week, there are three or four different people I’ve watched or been inspired by. We’re inundated with them. That’s part of the decoration and there’s a heart connection. We met Quincy Jones the other day; you feel like you’re in the presence of greatness.

When we opened in San Francisco, we did an event with Champion Charities, and it’s a lot of all-star athletes [at that event.] The Golden State Warriors who ended up winning the NBA championship, Steph Curry and Kevin Durant–Steph came to the show three times in San Francisco and talked about the inspiration he got from our show. He became a friend of ours. It was such a mutual admiration.

Kobe Bryant came when we were in Los Angeles. I felt like we connected on a personal level when I met him. It was one of the best conversations I had with somebody after the show. The finesse and drive and intelligence paired with athleticism and sport–he got that. And he got that we got that. That was an honest moment of communication.

How has your CalArts training/studies prepared you for this moment?
There’s an endless response there. For me, when it came time to decide where to go to college, I was dancing pretty hard and wanted to be dancing professionally, but I didn’t know what I wanted to do in dance. I knew there was something more than commercial Hollywood dance, but I didn’t know what that was. CalArts opened up the world of movement as art, in all its forms. It was the program’s openness to the students. There was a group of 26 of us [who were] all completely different. Some programs have “design your own study,” CalArts is a conservatory program, but you feel like you’re designing your own program. The faculty has completely different backgrounds. You start feeling like that’s the way it should be when you’re in that younger, impressionable mind. We should try new things and experimentation. The soil was so soft, you could leave a footprint. You have the support of faculty. They didn’t tell you what you should and shouldn’t do. It was really intelligent guidance.

Which dancers did you admire when you were growing up?
I was inspired by a lot of dancers but for me, it was the dancers that took their dance and wanted to make something of it. That understood they had a voice that wasn’t the common voice. Gene Kelly was an inspiration growing up–he was a director, a visionary.

Hofesh Shechter, who choreographed Fiddler on the Roof. I’d done a work of his in studio. He’s a visionary. I’m inspired by people who turn something upside down and break all the rules. That’s why I’m in love with Hamilton, because it breaks all the rules and gets into everyone’s heart.

I credit CalArts for giving me the tenacity to be an artist – to continue learning and try anything out. CalArts was the kickstart, the flame that lit a major fire within me.