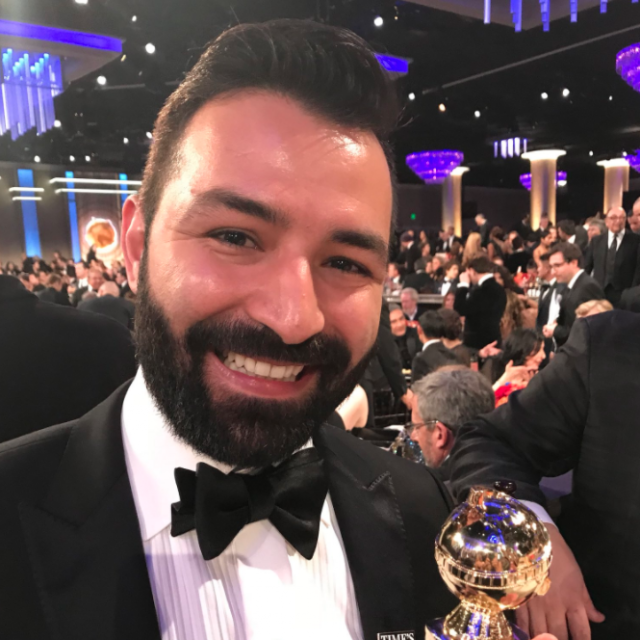 Disney/Pixar’s Coco earned the Golden Globe on Sunday night for Best Animated Feature. A number of CalArtians worked on the Día de los Muertos-themed film—about a young, aspiring musician who explores his family’s history and Mexican heritage—including Adrian Molina (Film/Video BFA 06), who co-directed and co-wrote the film. The film’s been a worldwide box office smash as well, earning more than $550 million to date.

During the ceremony, Molina joined director Lee Unkrich and producer Darla K. Anderson onstage to collect the award and answer questions in the pressroom afterward. Backstage, the trio discussed the film’s deep-dive into Mexican culture, the diversity production and their take on what the #TimesUp movement means to Pixar and the industry-at-large.

Watch a CBS This Morning segment with Brie discussing her latest projects. In addition to GLOW, she also currently stars in The Post with Meryl Streep and Tom Hanks and The Disaster Artist with James Franco, who’s been a CalArts visiting faculty, and her husband Dave Franco.