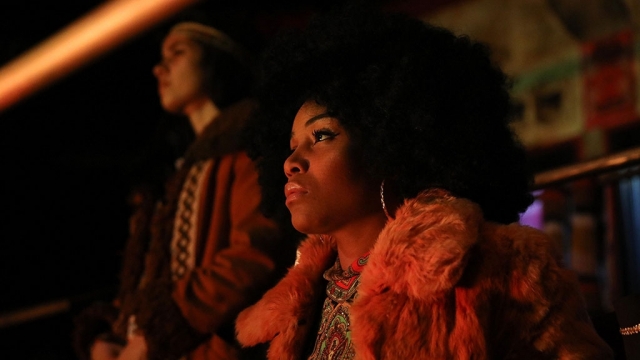 ‘The Hendrix Project’ has its world premiere at the Under the Radar festival this week. | Image: Nicolas Savignano

The Hendrix Project readies for its world premiere this week at the Public Theater’s Under the Radar Festival in New York City. The CalArts Center for New Performance (CNP) production, conceived and directed at CalArts by faculty Roger Guenveur Smith, and developed in cooperation with Experience Hendrix, LLC, focuses on one special night: New Year’s Eve 1969.

Twelve disciples have gathered in the upper balcony of New York City’s Fillmore East to see Jimi Hendrix’s electronic blues trio, Band of Gypsys, play a legendarily funky concert. As “bullets fly like rain,” at home and abroad, the ensemble movingly reimagines an iconic moment in rock and roll history through the timeless power of Hendrix’s music. It’s the end of the Sixties. And Jimi Hendrix’s final New Year’s Eve.

A few other productions with CalArtian ties are also being mounted at Under the Radar: Panorama, with light and visual design work by Bo Sul Kim (MFA 11), and Miranda Wright’s (MFA 09) Los Angeles Performance Practice produces After by Andrew Schneider.

Under the Radar’s Incoming! festival— the “festival within a festival, featuring in-process works of artistic ambition by the wildly diverse artists of the Devised Theater Working Group” features Annie Saunders and Becca Wolfe’s Our Country with scenic design by Nina Caussa (MFA 14), with scenic and technical assistance from Aubree Lynn (MFA 16).

Special thanks to The Modular newsletter and CNP for Under the Radar updates.