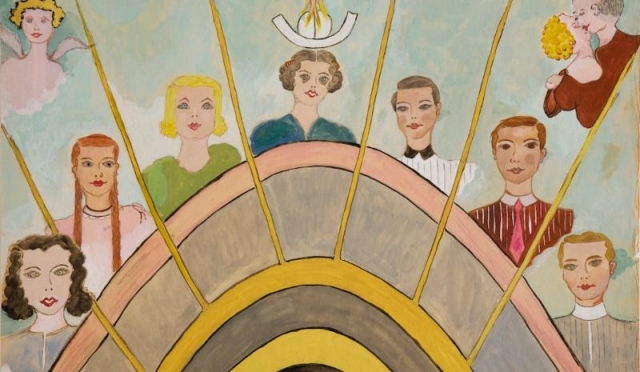 CalArts Experimental Animation faculty Pia Borg presents several of her films at REDCAT on Monday (Jan. 29). The screening starts off with Borg’s most recent work, Silica (2017), which was shown all over the world including the 57th Venice Biennale in the Malta pavilion, BFA London Film Festival and the New York Film Festival.

From the screening program:

With the opal resources increasingly depleted by the mining work – and fake replica gems, indistinguishable from the real thing, easily created in laboratories in Europe – people are deserting the town, leaving a fleeting trace on ancient landscapes that are also marked by the presence of indigenous Australians who walked the deserts for thousands of years. Combining microscopic photography of opals with computer-generated landscapes and objects, Silica blurs notions of the actual and the imaginary to probe ideas of ‘value’, which support not only the gem trade but wider questions of identity, mythology and cosmology. This blurring of the actual and imaginary is further embodied in the former sets of science-fiction films that are dotted around the town’s lunar landscape.

Monday evening’s program continues with Borg’s highly-praised film Abandoned Goods (2014) and the hauntingly beautiful short film Crystal World (2013). Co-directed with Ed Lawrenson Abandoned Goods is an essay film about the British collection of Asylum Art created between 1946-1981 by 140 people who lived in the Netherne psychiatric hospital in South London. The film weaves together the archive of the patients’ artworks, 35mm rostrum, and observational photography. After the film’s release, Borg was named one of Filmmaker Magazine’s “25 New Faces of Independent Film.”

Crystal World is inspired by a science fiction novel by JG Ballard, in which a viral crystal transforms the world into frozen jewels suspended in space and time. The theme of crystallization is transposed from Ballard’s novel to a film by Charles Laughton titled, The Night of the Hunter (1955). On her website, Borg writes,  “scenes from the film are reconstructed in miniature and placed under water in fish tanks. Over the course of two weeks the underwater puppets and sets are crystallised in a mono ammonium phosphate solution. The film is photographed using time-lapse, mirrors, prisms and projectors.”

Borg will be in-person to present her work and hold a Q&A with the audience. The conversation will be led by REDCAT’s film program co-curator and CalArts faculty Steve Anker.