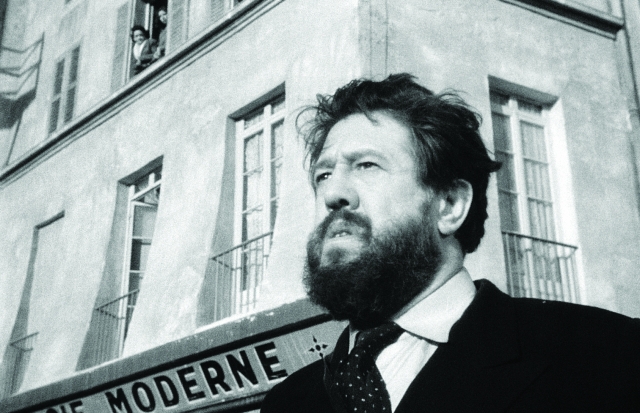 A still from ‘Panique,’ which screens at CalArts as part of the Tournées Film Festival. | © Rialto Pictures

Presented as part of the Tournées Film Festival–which aims to bring French cinema to American college and university campuses—the screening is free and open to the public.

Critically lambasted and shunned by postwar French audiences upon its release in 1947, Panique has since come to be recognized as a long overlooked treasure of French film noir.

Duvivier’s first post-war film and the darkest of his 70-film catalog also provides deep insight into the mentality of the pessimistic world view that existed in the immediate aftermath of World War II.

In a recent review of the “long little-seen but now widely accepted as a neglected classic,” Los Angeles Times Film Critic Kenneth Turan quoted the filmmaker, “For five years I had seen optimistic films with the predictable happy ending. I know it’s easier to make poetic films full of sweetness and charm, with lovely photography, but by nature I am more inclined to themes that are harsh, dark and bitter.”

The Tournées Film Festival is made possible with the support of the Cultural Services of the French Embassy in the U.S., the Centre National du Cinéma et de l’Image Animée (CNC), the French American Cultural Fund, Florence Gould Foundation and Highbrow Entertainment.