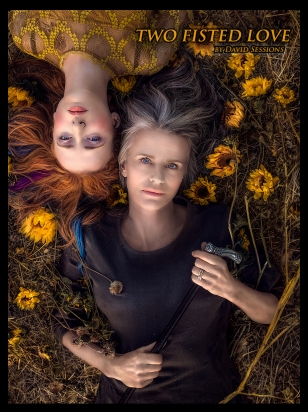 Opening Saturday (Feb. 10*), at the Odyssey Theater in Los Angeles, the dark comedy is set in the privileged world of Silicon Valley in 2008, in the days leading up to the financial crisis and presidential election. The play explores the life of Caroline Connors (Serena Scott Thomas), a Hollywood A-lister recently diagnosed with multiple sclerosis, and her relationships with her ultra-conservative husband Kevin (David Sessions) and idealistic daughter Rachel (Laura Long).

Based in Los Angeles, Myers has worked on hundreds of productions in the last 15 years. She has won numerous awards including a Tony Nomination and Drama Desk Award for her design of the Broadway play Bengal Tiger at the Baghdad Zoo. Last year, she was named Sound Designer of the Year, 2016-2017 by StageSceneLA.com.

Myers decision to become a sound designer didn’t happen until after she received her BA in theater from Colorado College and had the opportunity to explore all of the different technical areas of theater production through an internship with Midland Community Theater in Texas. She came to CalArts for her MFA and studied under Jon Gottlieb and Drew Dalzell.

In an early interview with At This Stage Magazine (LA Stage Alliance), Myers reflects on her time at CalArts, saying “‘I liked how they encouraged all their designers to assume an integral part of their productions from the very beginning and not just having their concepts layered on at the end of rehearsals or the start of tech run-throughs.’”

Two Fisted Love runs Feb. 3 through March 11, with performances on Thursdays, Fridays and Saturdays at 8 pm and Sundays at 3 pm. Two preview performances take place on Thursday, Feb. 1 and Friday, Feb. 2. All tickets are $34 (reserved seating), except previews which are $15.

*The original premiere date was Feb. 3.