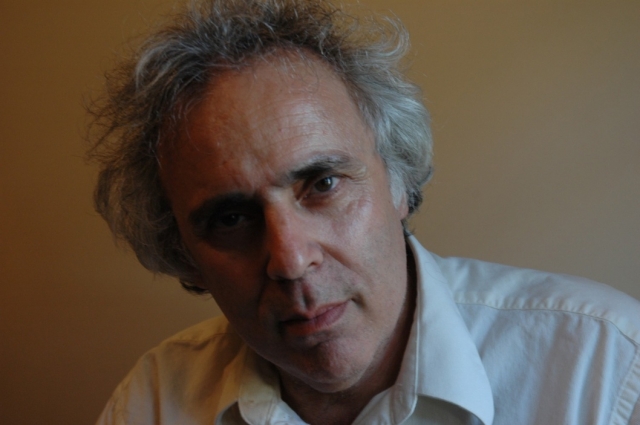 CalArts’ Critical Studies faculty member Norman Klein has two events this weekend. On Friday (Feb. 16), the College of Creative Studies Gallery at the University of California, Santa Barbara hosts Klein in conjunction with its exhibition, The Future Can Only Be Told in Reverse, which opened on Feb. 14.

The event is a public reception and discussion with the artists and exhibition curators Klein, Margo Bistis and Jane Mulfinger; a performance piece by Maya Gurantz will be part of the opening reception. The exhibition features works that respond to the historical comic novel and media archive The Imaginary 20th Century, by Klein and Bistis. From UCSB: “Common aspects of the artworks are the contrary layering of information, the gaps of selective memory and memory distortion, and the embedding of the digital within the analog.”

Part fiction, part nonfiction, part physical book and internet archive (an online interactive archive of more than 2,000 images accompanies the book, made available with its purchase). The hybrid form of storytelling follows Carrie, a traveler in 1901 Europe who chooses four men to engage her with different versions of the future.

The free event starts at 4 pm and is located at the College of Creative Studies gallery on UCSB’s campus.

Also, this weekend Klein, an urban and media historian, critic and novelist stops at The Geffen Contemporary at MOCA in downtown Los Angeles on Sunday (Feb. 18) at 3 pm as part of the museum’s lecture series. The author of The History of Forgetting: Los Angeles and the Erasure of Memory; Seven Minutes: The Life and Death of the American Animated Cartoon; and The Imaginary 20th Century, among others, will discuss his work in the context of Adrián Villar Rojas’s site-specific exhibition, The Theater of Disappearance.

Immediately following the lecture, Klein will be signing copies of his newest book Tales of the Floating Class in the MOCA Store. The event is free with museum admission with priority seating going to MOCA members.