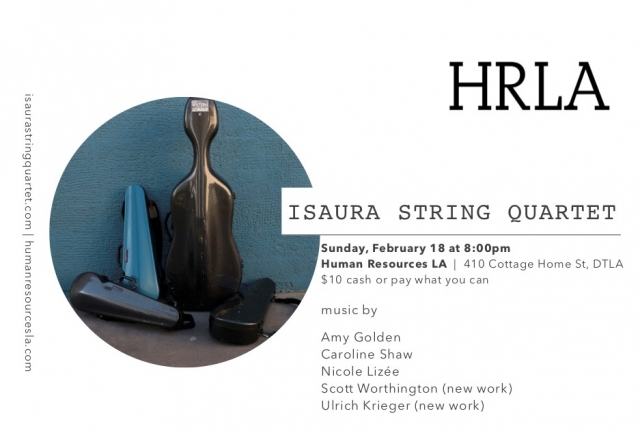 In addition to ISQ’s work in new music, they are the house band for Emo Nite LA under the alias String String Quartet and have performed with artists including the All-American Rejects and Demi Lovato. They have also performed and recorded with artists such as Baths, Emily Wells and Jherek Bischoff.

The performance at the Human Resources LA begins at 8 pm. Tickets will be available at the door for $10 cash or pay what you can—no one will be turned away for lack of funds.