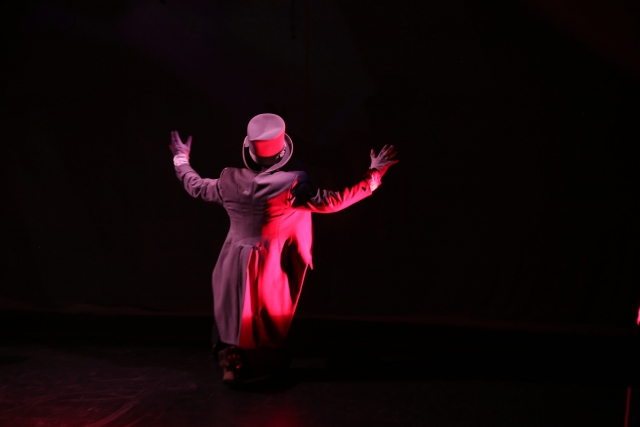 Edgar Arceneaux brings ‘Until, Until, Until…’ to San Francisco. | Image: CalArts

Los Angeles-based artist Edgar Arceneaux (Art MFA 01) brings his award-winning and critically acclaimed theatrical work Until, Until, Until… to the Yerba Buena Center for the Arts (YBCA) in San Francisco this week for an already-sold-out run of three performances. The piece was originally commissioned by Performa in New York City for its 2015 Biennial, and after its premiere there Arceneaux became only the third winner of the organization’s prestigious Malcolm McLaren Award.

The CalArts Center for New Performance assisted in development of the work through a 2015 residency, during which Dean Travis Preston called Arceneaux’s subject matter “absolutely compelling and really quite personal.” Its LA debut came last summer at Susanne Vielmetter Los Angeles Projects in a series of performances as part of Arceneaux’s seventh solo exhibition at the gallery. An installation featuring elements of the work at the MIT List Visual Arts Center in Cambridge in fall of 2016 was lauded in The New Yorker.

Until, Until, Until… uses video and live performance to explore an almost-forgotten and fascinating moment in American television history: entertainer Ben Vereen’s controversial tribute to African-American vaudeville legend Bert Williams—whom W.C. Fields called “the funniest man I ever saw and the saddest”—at the All-Star Inaugural Gala for President-elect Ronald Reagan in January 1981. The event, broadcast in a tape-delayed two-hour special by ABC, featured a series of celebrities taking star turns as President Reagan and his wife Nancy looked on, beaming. Viewers at home saw Vereen, introduced by Johnny Carson, walk slowly onstage in an eerily vivid portrayal of Williams’ turn-of-the-century stage persona—brown topcoat, white gloves, old top hat and blackface makeup with whitened lips. Then Vereen danced and sang his way through “Waiting for the Robert E. Lee,” an Al Jolson number, and quickly, after a commercial break, the TV special moved on to a few bland numbers by Donny and Marie Osmond. 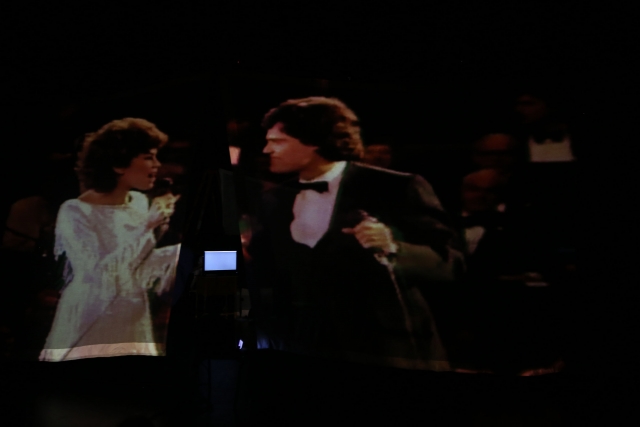 ‘Until, Until, Until…’ features video and performance. | Image: CalArts

What viewers didn’t see, because ABC cut it, was the critical second half, which was intended by Vereen to be a powerful statement about the racism Bert Williams had faced. In that section, Vereen-as-Williams attempts to summon a bartender to buy a drink for the Republican audience to thank them for their generous applause, and his one-way conversation with the imaginary bartender makes it clear he’s been told he can’t drink there because he is black. Vereen then slowly and sadly moves to a small dressing-room table, sits before it, slowly removes his hat, coat, and gloves, begins to wipe off the blackface, and finally somberly—and then stirringly, as Vereen himself—sings Williams’ melancholy 1905 hit, “Nobody.”

African-American viewers were outraged by the broadcast, and saw Vereen’s appearance as a baffling and demeaning throwback to the days of blackface minstrel shows, especially given the sense that the incoming Republican administration was not thought to be sensitive to the concerns of black Americans. This being before YouTube and Twitter, Vereen had no way of quickly correcting the mistaken impression that had been created by the truncated clip, and despite his immediate and repeated insistence to journalists that he had been misunderstood—and that ABC had violated its original agreement to show the performance in full—Vereen’s career never recovered from the outcry.

Arceneaux became fascinated with this moment and its repercussions and permutations through two chance encounters: first, he saw a brief clip 20 years or so ago of Vereen’s performance as part of a PBS documentary on the lives of African-American artists; then, four years ago, he bumped into Vereen at an event and worked up the nerve to introduce himself and ask about the performance. Vereen was not initially enthusiastic about revisiting that moment, but came to trust Arceneaux’s growing interest in exploring the incident and its aftermath and eventually agreed to meet with him. At Vereen’s North Hollywood home—full of awards and memorabilia from his Broadway shows and his famous “Chicken George” portrayal on the Roots miniseries in the 1970s—they watched a clip of the performance together.

Edgar Arceneaux’s ‘Until, Until, Until…’ was workshopped at CalArts in 2015.

“I was sitting behind him,” Arceneaux recalls, “and as the video began to play he began to say, ‘Look at what I could do,’ ‘Look at those kicks…!’ I felt like when I was sitting there, I could see an alignment of windows, showing me a view of a 100 years of time: here he is, in 2015, in his late 60s, watching himself in his 30s, performing a man from the 1920s… I started asking myself, ‘When did the performance end, and when did it begin?’” (Recent allegations of sexual misconduct against Vereen prompted both the Yerba Buena Center and Studio Edgar Arceneaux to release statements affirming their solidarity with “the countless victims of sexual assault, harassment, and misconduct whose bravery sparked a cultural shift that will change society for the better.”)

Arceneaux co-wrote the script with an old Art Center friend, artist and filmmaker Kurt Forman, and they brought on Los Angeles actor Frank Lawson to play Vereen-as-Williams; the production team is “90 percent CalArtians,” Arceneaux says. Along with the usual art-friendly hot spots, they hope to tour the play through the Midwest—“the red states”—and eventually perform it in Washington, D.C. In the meantime, Arceneaux and Forman are writing five new scenes that add more insight into Bert Williams’ life and how Ben Vereen came to study his career. The creative team has hopes of eventually turning the stage production into a feature film; meanwhile, the piece continues to grow as they continue to experiment.

“The way in which I tried to tell the story was kind of like a big loop,” Arceneaux says. “If you spin something around in the air, like a pizza pie, its shape can kind of wobble in differing directions….We’re still writing the piece, and still performing it, so it’s still kind of spinning in the air.”

It was this idea of things coming around again—images, moments, history, encounters, dreams, longings, racism, hope—that gave idea for the title of the piece. “It’s about longing,” Arceneaux says, “and waiting… waiting for some sort of resolution that may never come.”

All performances of Until, Until, Until… are sold out, but the accompanying exhibition is on view at the YBCA’s First Floor Galleries until March 25.

Edgar Arceneaux: Until, Until, Until…
Yerba Buena Center for the Arts
700 Mission St., San Francisco
All performances are sold out.