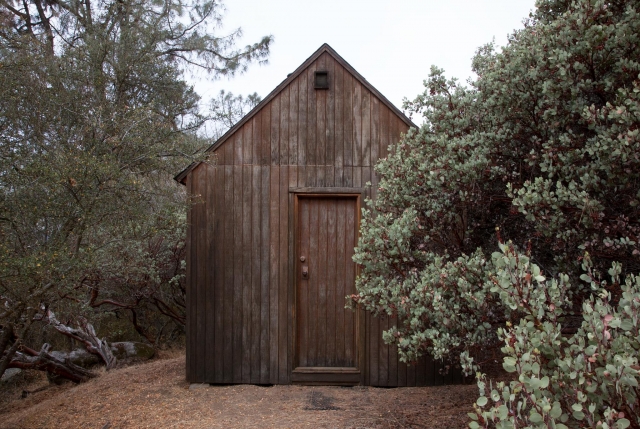 2018 has been a busy year so far for filmmaker and CalArts School of Film/Video faculty James Benning, whose work is featured in numerous festivals and exhibitions around the world.

In January, Benning traveled to New York City for First Look 2018, a film festival by the Museum of Moving Image. His films Readers (2017), measuring change (2016) and L. Cohen (2012) were shown as part of the series Three Works by James Benning.

Composed of just four shots, in which the subjects read quietly to themselves, Readers becomes a mirror for its viewers, who perform a parallel stillness. measuring change (2016, 60 mins, DCP) hypnotically contemplates Robert Smithson’s colossal Utah land-sculpture Spiral Jetty, and the people who walk on and around its gargantuan coils. L. Cohen (2012, 48 mins, DCP) is a view of an Oregon farm field, observing the passing moon and a sunset, and incorporating a Leonard Cohen song.

Readers was also screened as part of Critics Choice’ at the 2018 International Film Festival Rotterdam (IFFR) on January 27.

In February, Benning returned to the 68th Berlin International Film Festival (Berlinale) to present a special screening of his recently restored debut feature 11″ x 14.” The film, which is composed of single shots that each individually narrate something and hold the film together through recurring elements, was originally shown at Forum in 1977.

Listen to the original Q&A with Benning after the 1977 Berlinale screening of 11” x 14” below:

Additionally, Benning’s work, Stemple Pass (2012) can be seen in Outliers and American Vanguard Art, a major exhibition at the National Gallery of Art in Washington D.C. The installation also includes several other of his text-based works.

From the exhibition program:

Outliers and American Vanguard Art focuses on three periods over the last century when the intersection of self-taught artists with the mainstream has been at its most fertile. It is the first major exhibition to explore how those key moments, which coincided with periods of American social, political, and cultural upheaval, challenged or erased traditional hierarchies and probed prevailing assumptions about creativity, artistic practice, and the role of the artist in contemporary culture. Bringing together some 250 works in a range of media, the exhibition includes more than 80 schooled and unschooled artists and argues for a more diverse and inclusive representation in cultural institutions and cultural history.

Stemple Pass is a film from Benning’s Two Cabins project, which includes constructed replicas of Henry David Thoreau’s cabin on Walden Pond, and the Unabomber Ted Kaczynski’s cabin in Montana. Filmed over the course of a year, Stemple Pass is composed of four shots (one for each season), with a voice-over reading from Kaczynski’s writings.

Outliers and American Vanguard Art, which was organized by Chief Curator David Schwartz and Associate Film Curator Eric Hynes, will be on view at the National Gallery until May 13, 2018. Afterward, the exhibition travels to High Museum in Atlanta (June 24-Sept. 30) and LACMA in Los Angeles.

Other Benning 2018 highlights include L. Cohen (2017) in competition at Cinéma du réel (March 23-April 1), a documentary film festival at the Centre Pompidou in Paris, France; and in April, Benning travels to Argentina for the 2018 Buenos Aires International Festival of Independent Cinema.