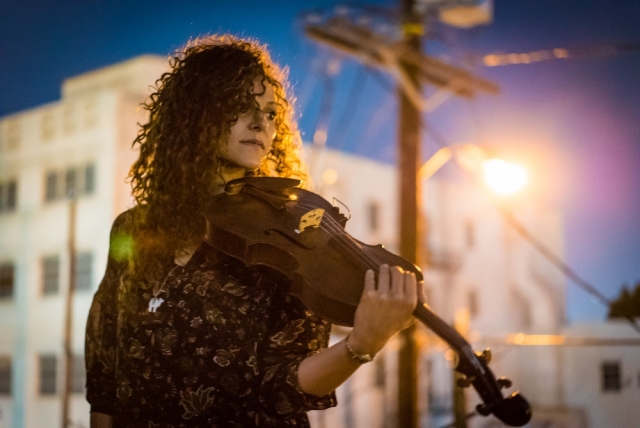 CalArts alum Lauren Elizabeth Baba was profiled by Downbeat magazine for its March 2018 issue, in which she spoke of her time at CalArts, as well as the release of her latest album, Another Ride on the Elephant Slide. The article in the venerated jazz and blues publication also touched upon her upbringing in Southern California and her various gigs as an in-demand violinist.

On her time at CalArts and breaking in:

When I got to CalArts, I fully experienced some of the struggles of living in L.A., and even more so the reality hit of being female. And a jazz musician. And a violin player in the jazz world. And a composer. All of these things were blossoming into reality. I wrote that piece to encapsulate this struggle. In my mind, it’s not a struggle but a necessary thing you have to do. You push the boulder up to the top of the hill and it’s going to roll back down again. You might as well do it with joy.

Baba leads theBABAorchestra, a 17-piece big band that performs Baba’s original instrumental compositions. Featuring nine CalArts alumni, including Baba, the band has been called “a whirlwind of texture and rhythm” by the LA Weekly. theBABAorchestra recently performed in October 2017 at CalArts during CalArts Weekend alongside fellow CalArtians, the Daniel Rosenboom Octet.

theBABAorchestra’s Another Ride on the Elephant Slide, is out now on Amazon, iTunes and Spotify.